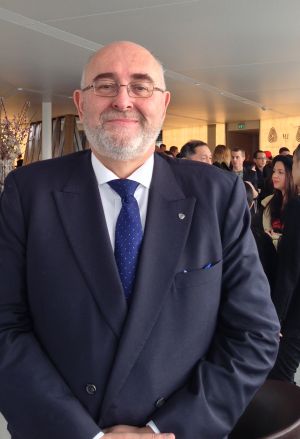 by Emma Holmqvist Deacon — February 19, 2013
Having helped to launch the careers of Karl Lagerfeld and Yves Saint Laurent in the 1950s, the International Woolmark Prize is of quite some standing. Re-launched this year, the Australian award held its 2013 final during London Fashion Week on Saturday 16 February. Belgian designer Christian Wijnants was crowned the winner, wowing judges including Donatella Versace, Diane von Furstenberg, Franca Sozzani and Tim Blanks with his innovative single-yarn Merino Wool garments. As part of the prize, he received the sum of $100,000 AUD as well as the opportunity to stock his wares at notable stockists including Harvey Nichols, Bergdorf Goodman and 10 Corso Como.

To learn more about the project and the wool techniques employed by Christian Wijnant and his fellow finalists, we caught up with Rob Langtry, chief strategy and marketing advisor, AWI/ Woolmark International.

The International Woolmark Prize has been praised for supporting young talent. In what way does it benefit Woolmark?
The prize allows us to introduce emerging talent to wool, the versatility of which is not known to some designers. Many mistakenly think it’s warm, itchy and heavy but perceptions quickly change once they have been introduced properly to the fibre; designers are often surprised to discover how versatile wool is, and how many properties it really has.

How did the 2013 edition of the award take shape, and in what way did you work with the designers to help them achieve the array of wool techniques used?
After a global search spanning twelve months and involving over seventy emerging designers, six made the cut – Dion Lee (Australia); Ban Xiao Xue (China); Christian Wijnants (Belgium); Pankaj and Nidhi (India); DRESSEDUNDRESSED (Japan) and  Sophie Theallet (USA). We worked closely with the designers to help them source the type of fabric or yarn they had in mind for the pieces within their collections. It was fascinating to see the wide variety of different interpretations the finalists came up with. 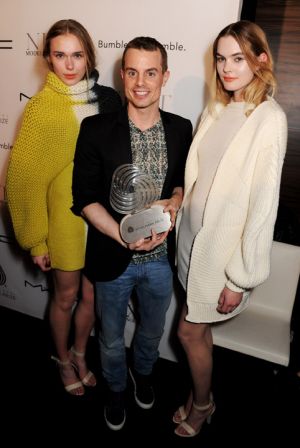 Lucky winner of the International Woolmark Prize: Christian Wijnants and his designs
Aside from award winner Christian Wijnants’s amazing single-yarn experiment, what other methods stood out?
All finalists displayed incredible level of innovation. The style of Dion Lee, for example, has a particular look and feel that is very different to that of Wijnants, and he was able to use wool to create some very interesting semi-sculpted silhouettes. Meanwhile, Pankaj and Nidhi opted to use wool in a completely different way by maximising the impression you can get with colour saturation. It is often assumed that wool is a dull and dark fabric, but the Indian duo proved the opposite by drawing on their ethnic influences and injecting it into a range of wool garments, showing that wool can very much make a colourful statement. It was also interesting to see some designers using techniques that haven’t been around much for fifteen or twenty years.

Which techniques have been rediscovered, and why do they appeal to young designers?
While there is plenty of wool jersey on the market today, felted wool has been more scarce; but this is obviously about to change as a lot of young designers are rediscovering the benefits of fabrics such as felted wool, which has an inherent structure and integrity to it while it is also breathable.