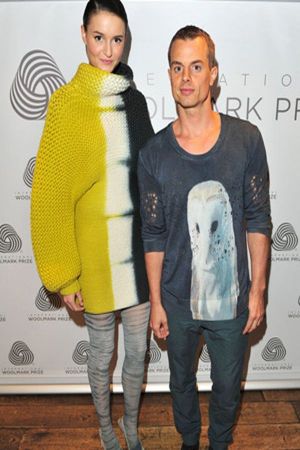 There are five regional competitions - USA, Europe, China, Australia and India - over 70 nominees across 15 countries began the journey in 2012 which will come down to one designer as judged by the most important and influential fashion industry representatives across the globe.

The winners of each regional competition receive a financial grant and will travel to London courtesy of The Woolmark Company to London Fashion Week in February 2013 where they will present an entire capsule collection of Australian Merino wool and an international winner will be selected.
The international winner will have his/her designs stocked by leading global retailers including Bergdorf Goodman in the USA, Harvey Nichols in the UK, 10 Corso Como in Italy, Joyce in China, Eickoff in Germany and David Jones in Australia.