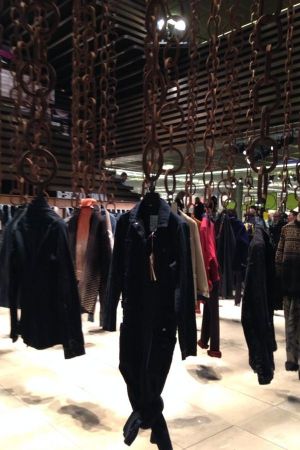 The “zero” edition of the event kicked off in Florence successfully by presenting some impressive denim visions that could influence the future evolution of the denim market as seen by some top Italian denim designers such as Cristiano Berto, Kristian Guerra, Lara Canal, Lucia Rosin, Maurizio Zaupa and Valerio Baronti. The atmosphere was enthusiastic for the significant possibility the event is giving to a wide and internationally recognized composite, highly competent and trendsetting supply chain such as the Italian denim industry.

Far less impressive was the way companies of this section could present themselves. Their names were not very visible, the space they were provided was tiny and did not let them present themselves differently from their nearby exhibitors. Moreover, not many of the visitors were aware of the characteristics of the denim products – especially because the show was generally visited by designers and insiders of the knitwear market looking for new knitwear yarns trends.

Despite this fact, everyone was conscious that this format and initiative can disclose significant growth and visibility to be potentially replicated in other locations as well as in future editions. The show will actually migrate to Milano Unica for the upcoming September edition. Plus, its organizers are considering the possibility to show it in other countries or at events visited by a wider pool of jeanswear insiders.

The presented themes included Vero (focused on authentic denim), Palestra (centered upon sport-inspired jeans), D-Segno (focused on printed denims) and Sartoria (focused on tailor made reinterpretations of denim), all interpreted for both Man and Woman’s denim. Most impressive were, for instance, the Palestra section coordinated by Lucia Rosin, focused on a forward-minded interpretation of sport-inspired denim playing with plissé-effects, dark and raw denim mixed with calendered cotton-linen contrasting surfaces, functional rubberized details, unique drawstrings and accessories. Another section dedicated to men was coordinated by Cristiano Berto who reinvented denim and menswear according to his own vision of typical Italian workwear mixing formal and tailor-made menswear elements with functional workwear fundamentals contrasting color denim applications and misplaced selvedges.

Art director Angelo Figus commented: “This event represents our point of view for the future of the Italian denim market. It is an upgraded vision of this market that is influenced by careful manufacturing, tailor-made expertise and long-time study and research – in fact there are companies in this market that can develop special glue for denim for 6 six months.” He continues: “Italy is the country of experimentation where insiders have no hurry and want to dirt their hands. Denim is that part of the fashion world where still so much can be experimented. It is a whole blank blue page still to be written.”

Brocchetto added: “Denim still continues to lend itself to be interpreted so much. You don’t simply see cotton cloths in this show, but also special denims that mix together cotton with silk, linen, cashmere and wool. This show gives the opportunity to the rich and highly inspiring Italian denim industry and shows how much more inspiring it can continue to be like it has been in the past through some of its most popular jeans brands.” 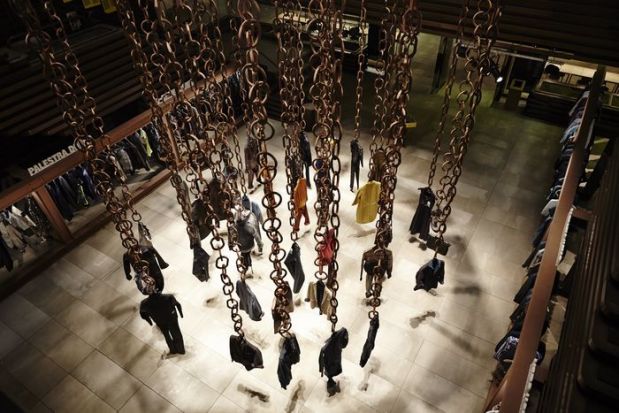 Angelo Figus: 'Denim is a whole blank blue page still to be written.'