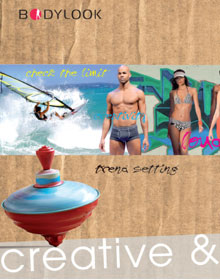 — November 19, 2009
Bodylook, the intimates and swimwear show, has ended its run, following its relaunch last July. “In many conversations with the sector, we did not manage to reach an agreement on the future path of Bodylook as a leading national trade fair,” said Igedo CEO Philipp Kronen. About 220 exhibitors and collections participated at the last fair, but for many key brands such as Triumph, the fair had little pull. Those brands are instead concentrating on showrooms and other fairs. Ultimately the market and its key player were not fully committed to Bodylook. The fair first debuted in August 2002 in Leipzig and since February 2006 has been organized by Igedo Company. It later moved to Düsseldorf in July 2006.