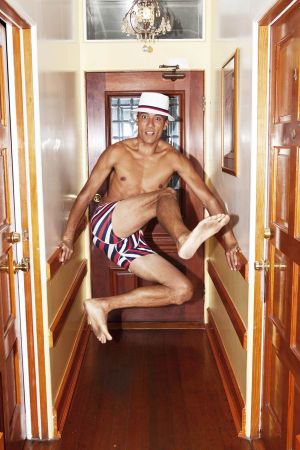 by Maria Cristina Pavarini — June 03, 2014
From fall/winter 2014/2015, Happy Socks: will launch its first underwear collection. The colorful, fun and ironic brand of socks, launched in 2008, will start selling its Happy Socks Underwear, offering a selection of men’s boxers and boxer briefs as well as women’s briefs within a range of six different patterns and fifteen colors.

The Happy Socks Underwear will be offered in a variety of signature patterns and colors as a true continuity of the core values and aesthetic of the brand. It will be available on happysocks.com, at Happy Socks Concept Stores, Pop-Up Stores and retailers worldwide from August 1st 2014.

“After two years of development, we are now proud to present our all new Happy Socks Underwear collection,” commented Mikahel Söderlindh and Viktor Tell, co-founders of the Swedish brand, which is distributed in over 80 countries worldwide. “It is a daring project to shift from just socks to both underwear and socks, keeping a brand name that refers only to the later. It is also quite a statement, saying a lot about the brand being strong enough to present a great underwear collection for both women and men. The all-new Happy Socks Underwear is born carrying the same values of affordable creativity and quality.”