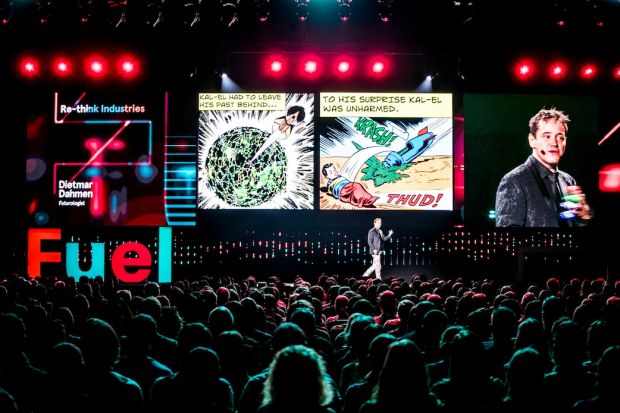 'Digitization is the end of mass thinking'

by SI Team — January 20, 2020
Back to the future: advertising and marketing expert Dietmar Dahmen travels to the year 2038 and talks to the crew of German retail consulting agency Team Retail Excellence about what life will look like in about twenty years from now.


Team Retail Excellence: Dietmar Dahmen, you’ve sent us a sensational message from 2038 which of course makes us all extremely curious. Today you’re back from the future for this interview. Please give us a hint: what will life and work be like in 20 years?
Dietmar Dahmen: First we develop a new technology, then this new technology re-invents us. The invention of the steam engine resulted in large centralized factories where goods were mass-produced. These goods were advertised in the mass media and sold in high-volume businesses (supermarkets, department stores). People began to live in large groups (high-rises), masses of children were schooled (compulsory education) so that they could function in the world of mass jobs with standardized mass knowledge: standardized training (if one mechanic is ill, the next one can do his or her work 1:1), standards, UNIFORMITY was vitally important for the mass economy. Only in this way could enough of the SAME products, ideally for the SAME needs (shaped in the mass media) be created for a homogenized customer base:


EVERYBODY should want a CAR.
ALL of them four-door models.
They should ALL drive to XYZ on their vacation!

Digitization is the END OF MASS THINKING! Digital production (3D printing) does not require mass production... It can be manufactured DECENTRALLY.
Digital media are NOT MASS MEDIA–Your Facebook, YouTube, Google are different from mine. Everything is adapted to MY needs.
NOW I want a car...now I don’t (car sharing)!
I want to go shopping NOW (online shops)!
If I want sports shoes, they should be optimized for my foot, how I want it, and when I want it. [...]

Digitization puts the INDIVIDUAL at the center! Everything is INDIVIDUALLY adjustable, changeable. The product adapts to the human (you want your face as a background on your mobile phone screen?–BAMM! .... digitally it’s already there!)–and not the person to the product (we only have the car in black–if you don’t want it, don’t buy it).

The mass economy thrived on CONFORMITY. Customers have to adapt to product standards (“the refrigerator is only available in the 60 cm model”), opening times (“sorry, we’re closing”) and places (you come to us in the store, at the office, in the factory).

The INDIVIDUAL ECONOMY reverses that. The CUSTOMER is the driving force–the company adapts to the customer. Products come in more and more variations, stores are open 24/7, work comes to me–instead of me going to work (the home office has become normal–some companies work ENTIRELY without a permanent office).

The mass economy thrived on SCARCITY...: YOU EAT WHAT’S SERVED, NO MATTER WHAT! If you want the product, the job, the service ... take it the way it is ... or go hungry! The DIGITAL economy thrives on EXCESS .... I don’t like it ... I want it to be different. If you want me to buy it–adapt to the way I want it!
Those who are not there for the customer lose the customer.
THE CUSTOMER HAS THE POWER! 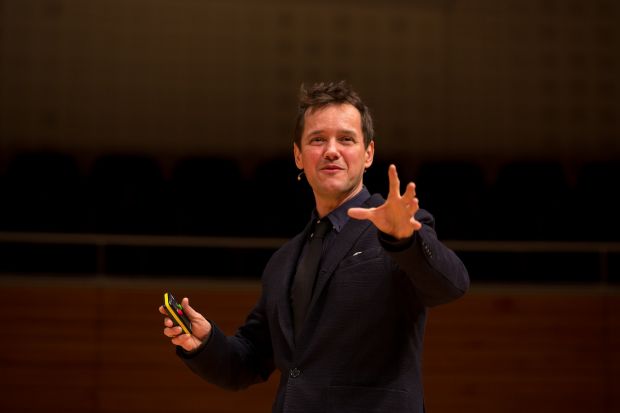 Photo: Dietmar Dahmen
Blockchain, IoT, various realities such as augmented, assisted or virtual, ChatBot, artificial intelligence, machine learning, natural language processing: Are these just buzzwords or are these services and technologies the key to the world of the future?
All these things are effects of the digital transformation. The BASIC TECHNOLOGY is always the same for all the things mentioned: It is always digitization! And with that, they all have a SUPER ADVANTAGE: They always allow INDIVIDUALIZATION, VARIABILITY, DECENTRALIZATION and DIVERSITY!

In turn, they always mean the END OF THE SAME, THE FIXED, THE CENTRALIZED, THE STANDARDIZED.

Central HOMOGENEITY vanishes. Decentralized individualization is coming. And in connection with all the above points:

Blockchain = digital = decentralized = individual: from smart contracts (individual “if .... then ... contracts”) to tracking an individual diamond or individual bottle of wine in the blockchain. Knowledge is stored across multiple sites. The central expert (“Yes, this diamond is genuine”) is eliminated.

DECENTRALIZATION and INDIVIDUALIZATION are becoming mainstream.


How can you tell that mass goods did not APPEAL to anybody?
From the fact that everyone had only as much as was ACTUALLY NECESSARY AT A PARTICULAR MOMENT! We HAD TO have a phone …. so we bought ONE and put it in the middle of the apartment–so EVERYONE could use it. There was ONE PHONE for a four-person household, six sharing a flat or 14 students in a dorm. The phone was REPLACED AS RARELY AS POSSIBLE! Why should it be? Phone were mass-produced and thus all the same regardless!

Today... IT’S COMPLETELY DIFFERENT! How many connected devices are in your household?... How old is your phone...? Your computer...? Your car...? We WANT new things... because it’s FUN... is NEW... looks DIFFERENT! 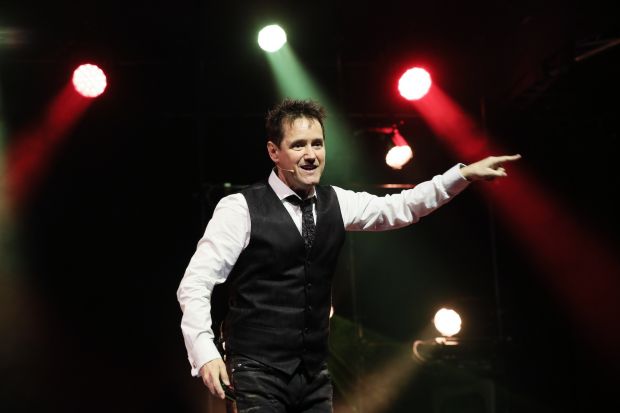 Photo: Dietmar Dahmen
What do you think will prevail and what will fail?
The technologies already mentioned are thus DIFFERENT EFFECTS of the same BASIC ADVANTAGE: Individualization.
Individualization is winning.... mass thinking is losing out!
The MOTIVATION is thus the human NEED (for individualization, recognition... In other words, Maslow). The TECHNOLOGY is the SATISFACTION of these basic needs.
The NEED never changes ... the TECHNOLOGY for satisfying it CHANGES!
We have a NEED for mobility.
Once we used to walk. Then rode. Then traveled by coach. Then by car. Now in some cases by Uber and soon sometimes by drone or hyperlink.
THE NEED is constant. CHANGE AND INNOVATION rely on TECHNOLOGY.

THE TRICK: Companies need to identify the BASIC NEED they are satisfying. The AUTO INDUSTRY satisfies the BASIC NEED FOR MOBILITY! That’s why Daimler and BMW are operating CARSHARING with Drive now and Car to go... even with connections to trains and flights, etc.
The CAR (a technical solution) becomes MOBILITY (satisfying a basic need).

It is always a person who has a need.
People have needs–not products! Thus, shippers that haul GOODS do NOT meet the basic need for “mobility.” The chair that the shipping company brings me has no urge to travel. The chair has NO need. HUMAN BEINGS have the need: I want a chair!
The job of the shipper is to satisfy the NEED of the person, to make sure that I have a chair.
Whether the chair is transported by train, ship, or truck is OF NO INTEREST to me! It could also be printed in my backyard by a 3D printer. THE MAIN THING IS THAT I GET THE CHAIR...
The shipper and the 3D printer thus both satisfy the SAME BASIC NEED! Consequently, the forwarding company also has to understand 3D printers!

At a minimum they must say: The GOAL OF MY COMPANY is that people obtain the things they need. (And not: MY COMPANY’S PURPOSE is to drive trucks around on roads and streets.)


What should companies rely on in order to still be successful in the market in 20 years’ time? Are there industries that you think will change a lot?
Companies have to recognize which BASIC NEEDS they satisfy! If you see technology that satisfies the SAME basic need faster, more easily, in a more individual way, with greater energy efficiency, in a way that is better for the planet: HAVE THE COURAGE TO ADOPT THE NEW TECHNOLOGY!
This is the only way to stay on the MARKET! That is called being
MISSION DRIVEN!

Any industry that does NOT yet operate individually and in a decentralized way can be attacked more easily than industries that already do so.


Why are the industries that are already doing this better prepared for the future?
Because they already have FLEXIBILITY at their core. They have already LEARNED to adapt to the needs of their customers. In a VOLATILE WORLD, FLEXIBILITY is the ONLY GUARANTY OF SURVIVAL! If you were a candle maker 100 years ago and the electric lightbulb appeared, there were two possible ways to react.
CRAFT DRIVEN:

ABOUT DIETMAR DAHMEN:
Dietmar Dahmen’s natural biotope is a stage show. The charismatic speaker has been working in advertising and marketing for over 20 years. Internationally, he has made a name for himself as an expert in disruption at the European Association for Communications Agencies (EACA), chief innovation officer of ecx.io/IBM Company.
In his shows, he does not shy away from drastic effects and presentations to shake up his audiences. His theses, which he presents in his book together with the digital pioneer and PR professional Marcus Bond, are similarly radical. In his book Transformation. BAMM! he presents strategies with which it is possible to confront the digital revolution. 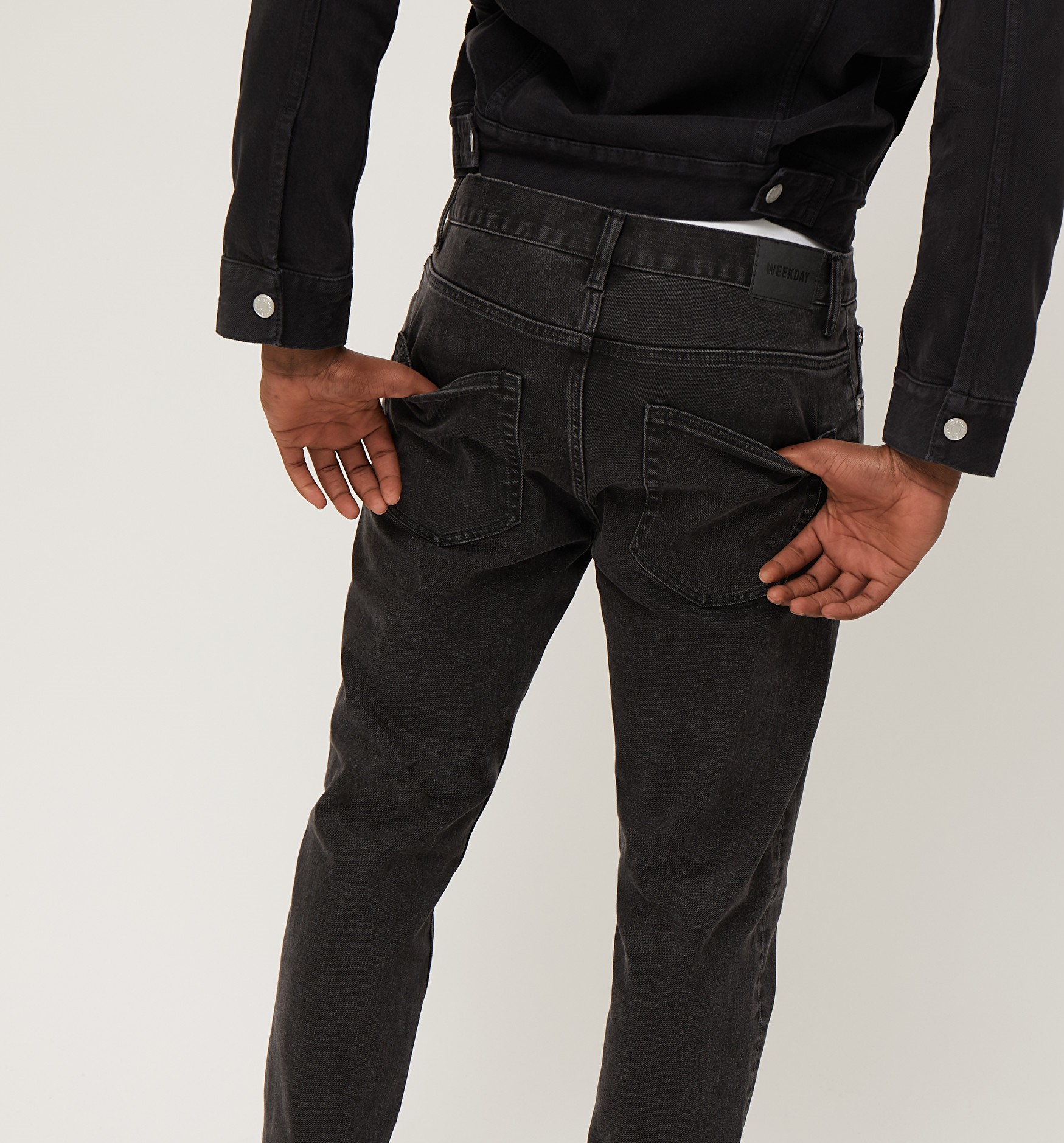 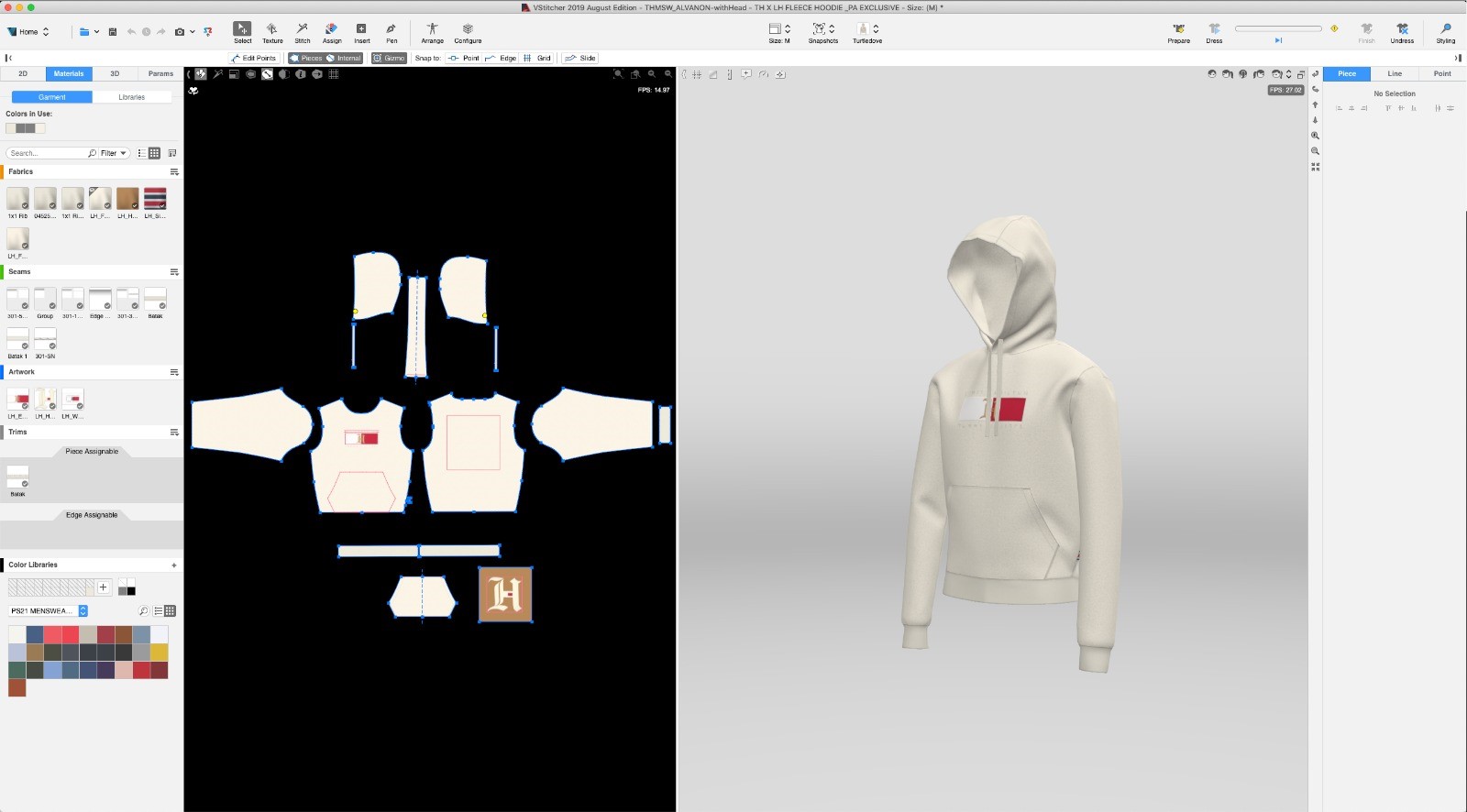 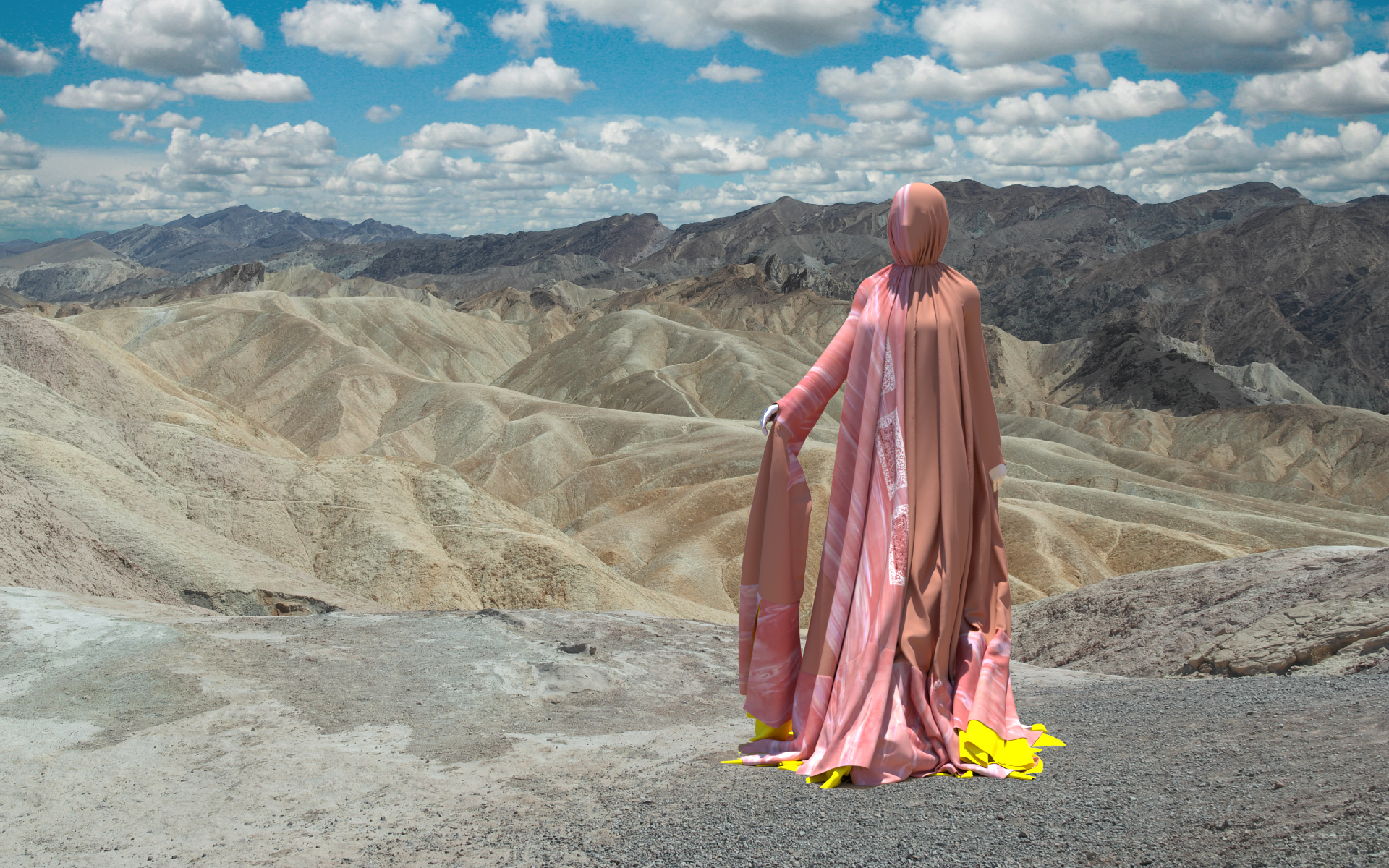 Digital fashion: Why the industry should embrace e-sports and gaming 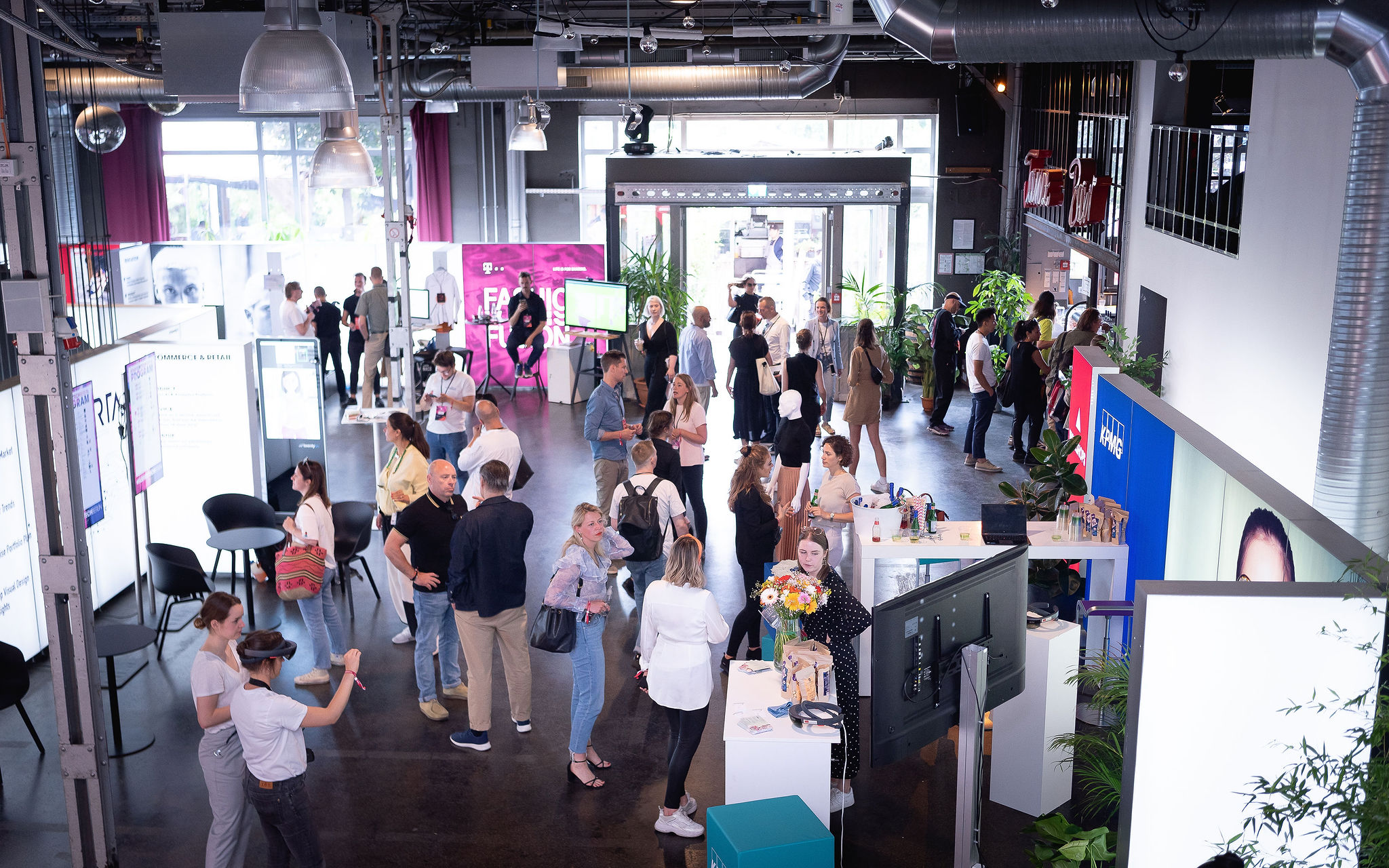