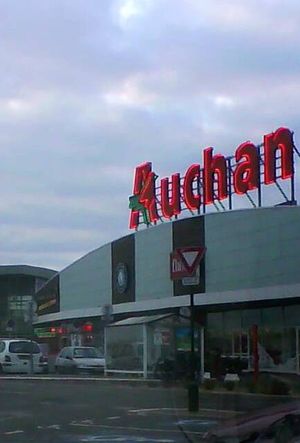 by Siddique Islam — September 01, 2014
France-based Groupe Auchan has decided to donate US$1.5m to the Rana Plaza Donor’s Trust Fund. However, the supermarket giant continues to claim that it had never placed an order with any manufacturers in the collapsed building.

The company says its employees, buyers, group council personnel representatives, and shareholders were all distressed by the tragedy of April 24, 2013 in Dhaka, Bangladesh, where the collapse of a building housing the sewing workshops resulted in the death of 1,135 workers and 1,800 others injured.

The company has also signed the Accord on Fire and Building Safety in Bangladesh and putting in place an eight-point plan to curb the problem of unauthorised sub-contracting and corruption of apparel and clothing production since the tragedy.

In January 2014, the Rana Plaza Trust Fund was established to collect contributions from buyers and other private entities who wish to give to the victims in a spirit of solidarity and compassion. The Fund, administered by the International Labour Organisation (ILO), has been started disbursement to cover payments to Rana Plaza victims and their families.