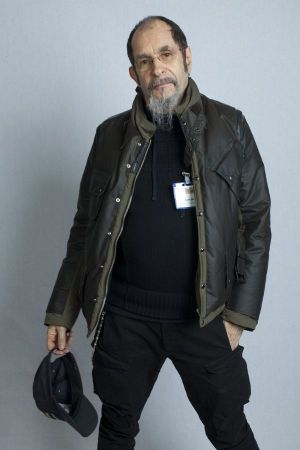 by Maria Cristina Pavarini — June 12, 2014
French designer François Girbaud is working for Los Angeles-based label J Brand, following the liquidation of his company Marithé + François Girbaud in November 2013. Girbaud seems to have been tapped by Tadashi Yani, chairman, president and CEO of Fast Retailing, the Japanese holding company that acquired J Brand in 2012.

According to international press and rumours circulating in the denim market, Yani himself was interested in hiring Girbaud to take on a senior role within Fast Retailing. Although J Brand has yet to formally announce the French designer's new appointment, Girbaud admitted that the role in California was especially appealing to him due to the number of "close" acquaintances he has in city, such as Jimmy Taverniti and Adriano Goldschmied.

Girbaud is set to join J Brand amidst a management shake up. A few weeks ago, the label's creator, Jeff Rudes, who founded the premium denim brand in 2004, left the company as he felt that it was time “to move on create what's next”.

Prior to Rudes departure, J Brand's chief financial officer, Thimio Sotos left the company in March and within the same month fashion veteran Lynne Koplin was tapped as the label's president. Since Rudes exit from J Brand, Andrew Rosen has been overseeing general management of the denim label, who has also held former positions at Theory and Helmut Lang.

Girbaud and Rosen have a shared history prior to working at J Brand together; Carl Rosen, Andrew's father is said to have been one of the key pioneers who helped launched Marithé + François Girbaud in the US, where the label went on to become very popular during the 1990s.