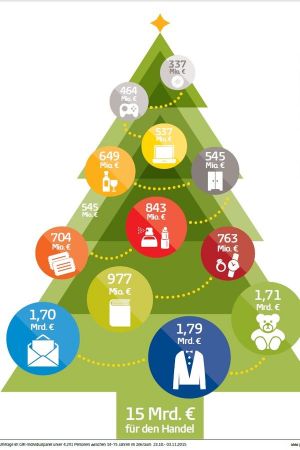 by Lorenzo Molina — December 01, 2015
Eurozone’s leading economy Germany will see a lower consumer spending this year, according to the forecasts of market research company Gfk. Each German will invest €274 on presents in 2015 on average, 4% less than in the previous year. All in all, retailers can count on a global trading sales volume of €14.3 billion –a 5% loss. Solidarity towards people in need has augmented –money donations registered until September this year a 14% increase. Gfk points out tragedies such as the earthquake in Nepal last spring and the refugee crisis in Europe as the main inducers of this trend.

Clothing and accessories continue being a popular present among German consumers in all age brackets. 31% of Germans will spend on average 88€ in this categories during the 2015 Christmas season, three euros more than last year. An overall trading sales volume of €1.79 billion is expected to be spent in this categories, representing seventy million euros less than last Christmas season. However, clothing and accessories lead the consumer spending ranking, followed by toys (€1.71 billion) and vouchers/coupons (€1.70 billion). 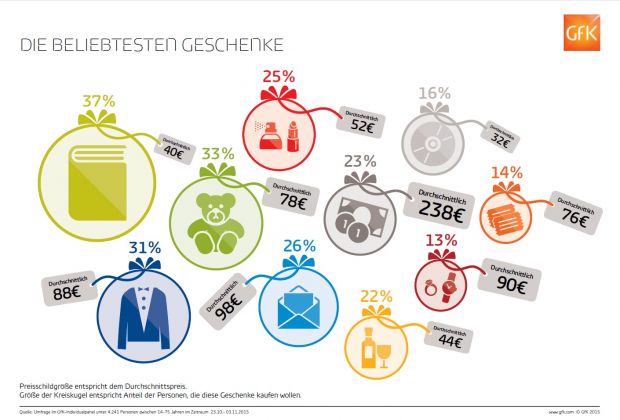 'The most popular presents' and the average consumer spending on each category.


Besides stationary trade, online orders for Christmas gifts continue gaining relevance. Gfk notes that 51% of Germans are going to purchase at least one product on the Internet this year. Watches and jewelry register the highest category growth with five percentage points reaching 31%.

All forecasts were presented by Gfk during the by now traditional Christmas trading press conference of the market research company, held in Frankfurt (Germany) on November 27. 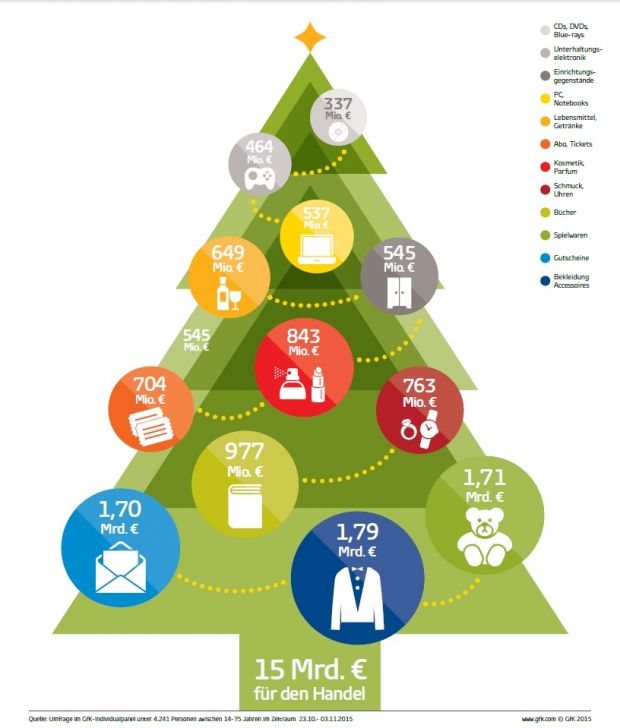