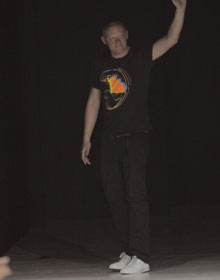 — July 17, 2009
After helping launch Martin Margiela in 1989 and Viktor & Rolf in 1994, this year ANDAM is honoring the creativity of Giles Deacon. With an endowment of €160,000, ANDAM is giving Deacon the means to show his S/S 2010 collection during Paris Fashion Week in October 2009 as well as access to the media and commercial resources of the world’s fashion capital.

“I was super thrilled to be awarded the prestigious ANDAM Fashion Award for 2009,” said Giles Deacon. “It’s fantastic to have my work chosen for it by such an important panel of judges. To present my S/S 2010 collection in Paris is going to be a great opportunity from both a creative and business perspective.”

Nathalie Dufour, founder and director of ANDAM, said: “Funded by our private and institutional partners, the ANDAM Fashion Award will give Giles the opportunity to express his significant talent in Paris. This choice also shows the commitment of Paris and its institutions to attracting the most exceptional talents and remaining the international capital of fashion.”

ANDAM is known for its ongoing dedication to growing the fashion sector in France. With this new Young Fashion Designer Award, it offers designers financial resources to help them develop and launch their labels, plus a platform for gaining international recognition.

The award ceremony will take place October during Fashion Week in Paris.