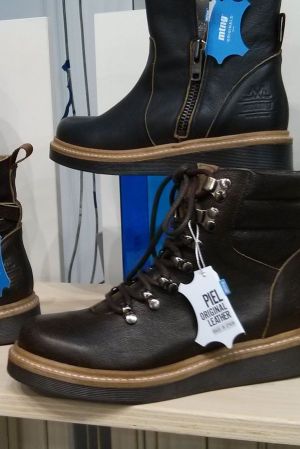 by Lisa Dartmann and Lorenzo Molina — February 09, 2015
Cool and sunny weather was a great advantage for the Düsseldorf shoe trade fair and the atmosphere was good. After the second edition of the new concept, the GDS – Global Destination for Shoes & Accessories - is accepted as the kick-off event for shoes. 900 brands presented the trends for AW 2015-16 from 4 to 6 February and 160 exhibitors were represented at the tag it! show for private labels.

The second edition is well received as an information platform. After the successful start in July the GDS team worked out further details.  In selected halls, new areas were added and the innovations were made more visible. Highlights of the fair were the grand opening party with chart topper Kiesza, but also the design project with 20 designers, the Bloggercafé with about 100 bloggers and “Richtig Wichtig”, the trend area open to consumers. 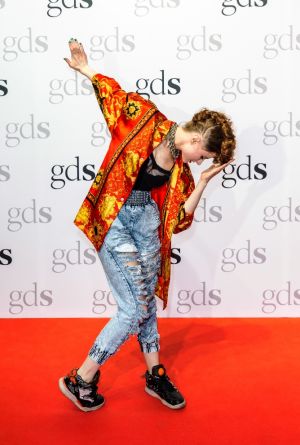 Highlight of the GDS opening party: chart topper Kiesza
Fair résumé of Kirstin Deutelmoser, Director GDS: “The feedback was good, our timing is right.” A representative survey confirmed the positive mood: 92.3 % of the visitors polled stated they were “very satisfied” with GDS.

The fair registered more visitors than last summer but not all exhibitors were happy with the frequency. Some halls and stand were busy and crowded, other halls didn´t have so much frequency. Most exhibitors in the young pop up area had less visitors than in summer. “The frequency was not so good”, said Sven Simonsen, Palladium Footwear. And Jorge Barbosa, Neoport, shoe brand from Portugal said: “We have met some good clients but overall the outcome of the fair is weak.” Most of the retailers used the fair for information and will wait with their orders after Micam. Many small shoe retailers didn´t come to Düsseldorf. Santiago Bellot, purchase manager footwear Mustang: “It was not so clever that GDS is taking place so much earlier than Micam.” International visitors came mainly from the Netherlands and Belgium and the Russians were missing. But exhibitors agree that “we need the fair as an important information platform.”

During the winter season shoe retailers had many highs and lows. Autumn and winter were too mild and impacted customer behavior. “Only cool December temperatures boosted demand for winter shoes”, said Brigitte Wischnewski, president of the Federal Association of the German Footwear Retail Trade, Cologne. Even online retail was not able to overcome the unfavorable influences. Darius Herges, Orderlounge (Date Sneakers): “The sales season was bad, retailers are careful and place last minute orders.”

The shoe fashion for AW will bring new styles and innovations. Fashion will be more smart and sophisticated with intelligent decoration. Low shoes are celebrating their comeback and Chelsea boots are a Must-have. Shoe trends are focusing on classical themes. Innovation arises to voluminous soles, more patent shine and color and material mix. Colors are dark and shiny and the look is clean. Special finish effects as well as metallic, laser cut, 3D effects are bringing innovations. Shine, lacquered and brushed finishes are back for androgynous shoes types. 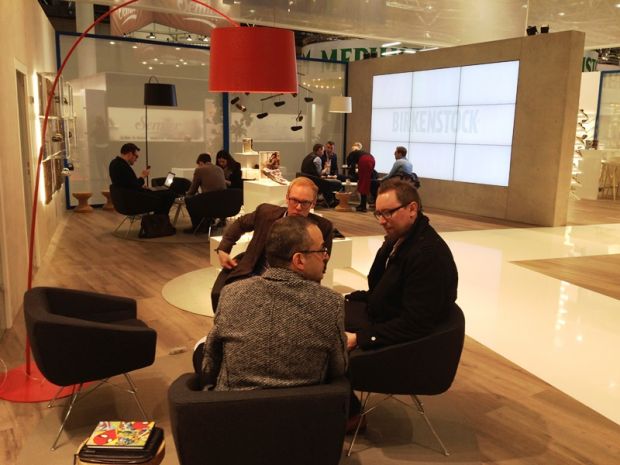 Impression of the Birkenstock booth at last GDS edition