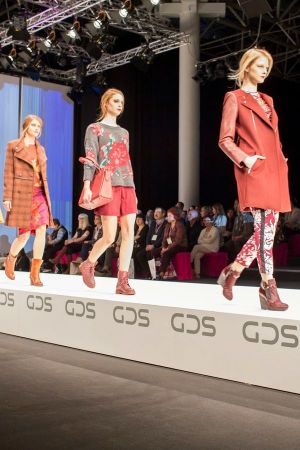 by Lorenzo Molina — May 08, 2014
The Global Destination for Shoes & Accessories GDS trade show has made public that new exhibitors will participate in the event in Düsseldorf (Germany), taking place from July 30 to August 1, 2014. Among the newcomers, you can find names such as Gant, Lacoste, Marc O’Polo, Napapijri, Giesswein, Patrizia Pepe, Replay, Superga and Viking. In addition, the Brown Shoe Company will introduce its latest brand Naturalizer at the GDS. In the accessories section, new exhibitors will be Bull + Hunt, George Gina & Lucy, Hüftgold/Mischmasch, Tom Tailor Bags, Tyoulip Sisters, Vento/Vespa and Voi Leather Design.

GDS' next edition is divided into three different areas: Highstreet, Studio and Pop Up. The Highstreet block features all previously mentioned newcomers for footwear and accessories. Studio is conceived for the premium segment and it will host brands like Ash, United Nude or La Martina. Finally, the Pop Up area defines a marketplace for footwear from streetwear/denim manufacturers like G-Star, Dr. Martens, Pepe Jeans Footwear and Replay.

Spread across the different blocks, visitors can follow the Highlight-Route, which will showcase product presentations including trend reports, fashion shows and events in selected exhibitor booths. Urban Cycling is the general topic of this GDS edition, which will be analyzed throughout the Highlight-Route from the footwear and accessories perspective.

One day earlier than the GDS trade show, the tag it! by GDS will start. This new concept-event focuses in the future market for private labels within the shoe and accessory industry. Tag it! has cooperated with the technical institute of footwear and leather goods Ars Sutoria in order to set during the four days a trend area and organize several meetings with buyers and retailers of the industry. These reunions will be dedicated to discuss about concepts, colors, materials, forms and volumes for the season spring/summer 2015. Tag it! has also increased the number of registered exhibitors.