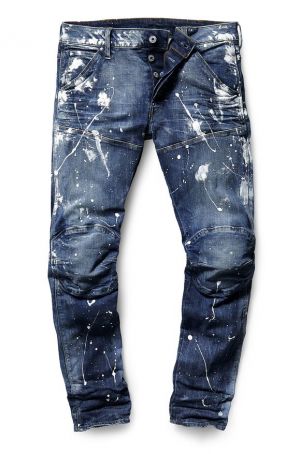 In 2016, G-Star’s iconic Elwood 5620 is turning 20. The jeans model with the bold seams around the knee became super popular in the early/mid 2000s, preferably in very light washings. This version dropped somewhat off the fashion radar for a while, but the design has always been a part of G-Star’s collection and was altered over time to fit today’s aesthetics - however it always kept its five signature elements: knee patches, 3D knee seams, saddle patch, heel protection and diagonal thigh seams.

Now, G-Star wants to move its iconic fit back on the fashion radar: to celebrate its 20th birthday, G-Star Raw will release special limited editions of the Elwood on a monthly basis throughout 2016.  These will each be dropped on the 20th of a month and include designs by a range of artists and other collaboration partners. The first of the series will be the Elwood Moto, which is based on an archive model for the off-road Enduro race from the ‘60s. February will see a version in context of G-Star’s RAW for the Oceans collection and in April, there’ll be a special version designed by famed industrial designer Marc Newson.
Also G-Star’s spring/summer campaign will circle solely around the 5620 Elwood and will once again be shot by renowned photographer Ellen von Unwerth.

We’ll see how the new Elwood versions will catch on, but the design, which was originally developed by G-Star’s head designer Pierre Morisset in 1996 (being inspired by a motorbike rider in Southern France) and became the brand’s first 3D constructed denim, definitely breathes the spirit of a classic. 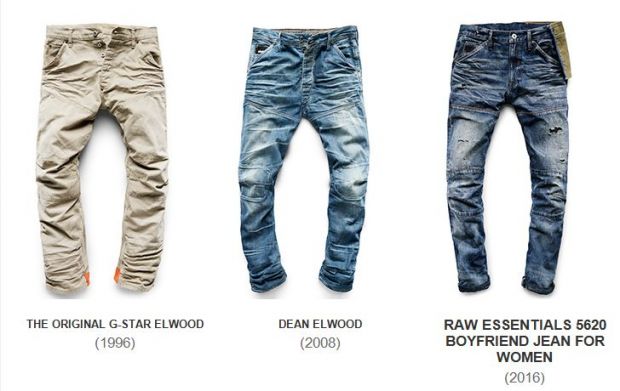