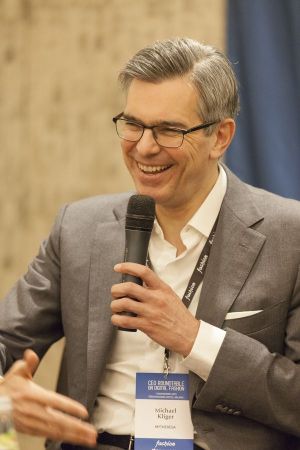 Michael Kliger, president of Mytheresa.com was one of the guests
Stories

by Maria Cristina Pavarini — November 16, 2015
The specialist Italian trade magazine Fashion, part of the DFV Group, recently held its first CEO Roundtable on Digital Fashion in Milan. The event brought together top managers from key companies operating in the international digital and e-commerce markets, as well as entrepreneurs with a shared background and vision about the most effective strategies luxury brands should focus on to increase their visibility and generate more business around the globe.

The event was moderated by Marc Sondermann, Editor-in-chief at Fashion magazine. 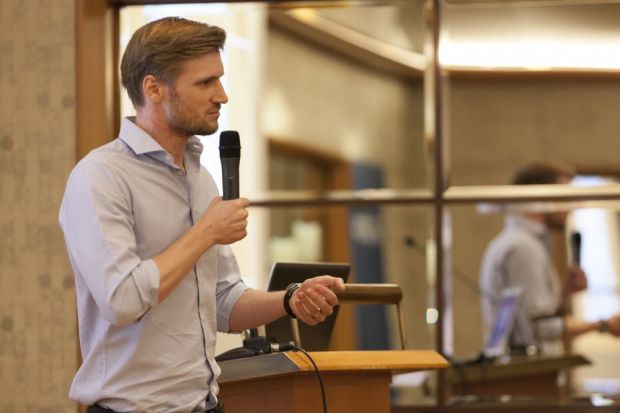 David Schneider, CEO of Zalando during his intervention


David Schneider, CEO, Zalando, explained the evolutionary steps the global market place might be facing soon according to his visionary speech. “Much has changed in the last five years with the booming of smartphones and their use, for instance, through social networking and e-shopping,” he explained. “The customer’s behavior has changed enormously recently. People are not surfing anymore and instead interact through apps, websites and social networks,” he added. “On the one hand, the consumer can get content and interact with friends on most of the different social networks. Everyone does it in a very personal way, different from how others do it. In addition, every player is stepping into some different fields: publishers are launching e-commerce activities, while brands are becoming publishers by adding content to their e-shops. Nobody knows where all this will end up. My idea for the future could be: “Why not offer each one its own personal fashion feed? And why not create platforms allowing brands to get connected directly with customers?” This would allow companies to tell their story. And this model could work especially well through the mobile environment. I think it’s time to re-imagine things back from when we were five-year-old – when this whole revolution started. Doing so would let us start a new one again.” 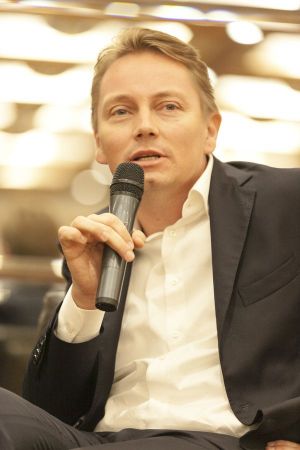 Marc Sondermann, Editor-in-chief at Fashion magazine
According to many speakers the client is king, or, better “queen,” as Michael Kliger, president Mytheresa.com, said: “In our company we speak much about our female customers and our deep love for them. We invest a lot in order to establish the best relationship with them. Today 96% of the calls we receive must be answered in no less than 2 to 3 seconds. You can’t let such customers wait. 99% of orders we receive today need to be shipped the same day. We also spend a lot on teaching our personnel how to do great parcels... We are still retailers and it’s all about that, even if we can always become better. When it comes to service it’s all a matter of taking care of details. It is like when you stay at a hotel. You don’t want to see the service. You just want to have the best room, all tidy and perfect. The same is with our work. It doesn’t matter if you receive your parcel with a drone or some other way. You simply want to have it in your hands. And when a customer spends €8 million for a bag or €4 million for a dress, everything has to be perfect.”

The internet has helped to break down many barriers, according to Eraldo Poletto, CEO, Furla: “The web has given the opportunity to bring down many barriers and let your company – even if smaller than huge giant ones – be more visible and compete directly with major players. By opening our store in Ginza and involving a local blogger, for instance, we got 600,000 likes in 20 days.”

Roberto Liscia, president, Consorzio Netcom, presented a study that indicates the size of the worldwide e-commerce market. Out of a total worldwide population of 7.3 billion people, 3 billion have Internet access and 1.2 billion purchase goods via the Web. The overall worldwide value of e-commerce was at about US$1.840 trillion in 2014. Pacific Asia plays a major role since it accounts for US$740 billion. Europe comes next with US$545 billion and then North America with e-commerce sales of US$495 billion. Latin/South America Latina accounts for US$39 billion, and the Middle East and Africa coming to US$21 billion. The UK, Germany, France, the Netherlands and Austria lead Europe with the highest e-commerce revenues.