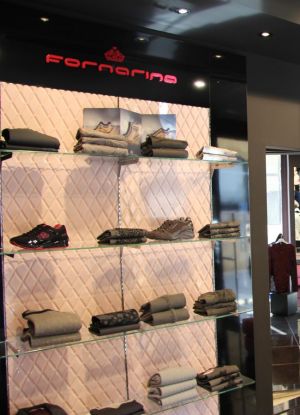 This application is the result of a difficult financial situation that is affecting the Southern European countries, for several seasons.

The Italian footwear and woman´s fashion specialist is now defining the agreement that is to be presented in due time. The agreement aims to restructure and continue the growth and internationalization processes that have been in process over recent years.

“We expect to close 2013 with a €93 million sales, about 5% more than in 2012,” commented owner Lino Fornari. “Despite Southern markets are suffering, our recovery is being lead by a significant growth in Northern and Eastern Europe. “

Fornari´s sales, whose 45% come from Italy, has registered a constant growth in Northern European markets, a priority area for the brand, with a 15% increase in average season orders. In areas like Germany, Austria, Switzerland and Benelux, Fornari accounts for 28% of its turnonover, and Germany alone counts for 15% of sales. In Germany the company is distributed through 250 stores, in Belgium 80 and The Netherlands 110 stores. In addition also their growth is constant and in Sweden they are positioned in top end 65 stores selling designer brands including Marc Jacobs and Michael Kors.

The development plan the company will follow through the above mentioned operation will mainly concern Eastern Europe, Russia, Eastern and Western Asia and South Africa. The involved areas have recorded strong and steady growth over the last three years, which amounts around to +40% in sales for the 2013 S/S collection compared with the previous summer season. In Russia the company’s store opening plan has set a target of 30 new points of sale in three years. The strategy has already led to the first flagship opening in Moscow, followed by Rostov on Don, while new stores are scheduled to open in the early months of 2013 in Krasnodar, Volgograd, Novorossiysk and Smolensk.

In Eastern Europe, 2012 saw the opening of six mono-brand stores in the Czech Republic, Bulgaria and Ukraine who will also be involved in four further openings in early 2013.

As concerned the Middle East, two stores are to open in Beirut, in as many exclusive and highly strategic locations, while new arrangements are being defined in Dubai, among the most important international locations for the fashion industry.

Today Fornarina counts with 60 stores as well as 2,400 points of sale in the wholesale channel.