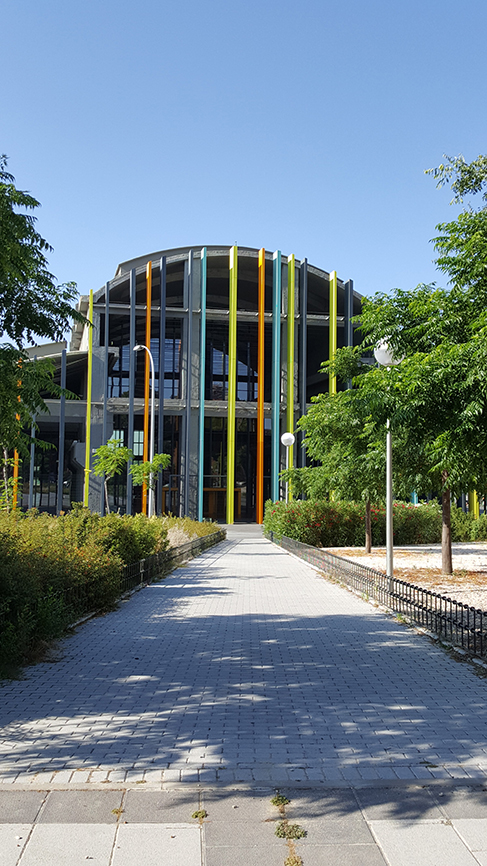 The new format of Momad Shoes

Spanish footwear trade show Momad Shoes has announced it’s starting a new concept for its upcoming edition (March 1-3): “ShoesRoom by Momad” will remain in Madrid-but that is basically the only constant among many changes. We talked to Charo Izquierdo, Director of ShoesRoom by Momad, about what to expect in March 2019. 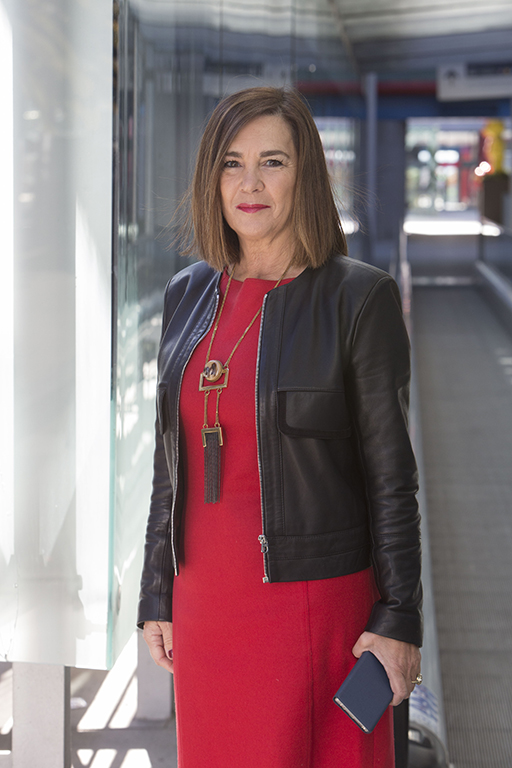 Photo: IFEMA
Charo Izquierdo, Director of Shoesroom by Momad
What are the main differences between the new ShoesRoom concept and the former Momad Shoes?
ShoesRoom by Momad takes showrooms as its model; despite having the same goals as a fair, it is more suited to the current needs of the sector. The stands will be smaller and all modular, and the real stars of the show will be the footwear.

The format of ShoesRoom will also differ in the way it showcases the product, in this case, footwear, and also because it promotes the use of new technologies. For example, instead of the manufacturer taking the same shoe model in four colors, the idea is for them to take only one and display the rest of the collection on an iPad or computer.

The stage where we will hold the event, called La Nave, will also contribute to creating a new atmosphere, with a different concept of space and smaller and more modern facilities. 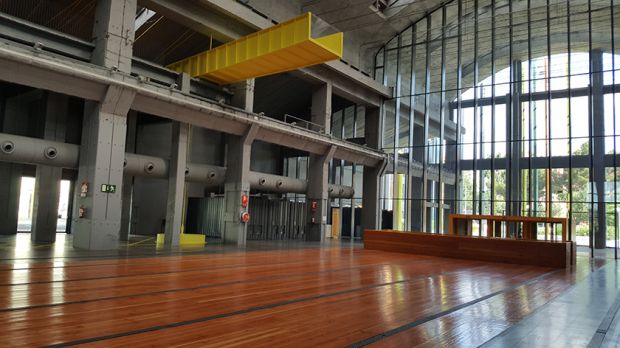 Photo: IFEMA
ShoesRoom by Momad takes showrooms as its model, with smaller and modular stands.

Why do you feel now is the time to offer a new trade show concept to the industry?
We are currently witnessing a deep transformation of the market. That is why at IFEMA we believed it was necessary to create a new sales platform with the showroom format that is better suited to the moment. In this new concept, we support innovation and the use of new technologies as a fundamental part of Shoesroom, without forgetting sustainability.

Could you share some details of the new setting and layout of the booths?
As mentioned before, ShoesRoom by Momad will have smaller stands than a conventional fair, with sizes of 16, 20 or 24 square meters, and with prices starting at €199 per square meter.

We believe that the smaller stands we are proposing for ShoesRoom will favor the participation of small, young brands. What's more, it has aroused the interest of companies from other segments of the market that weren't participating in the fair proper, and they have already indicated their interest in coming to Shoesroom.

How many exhibitors do you expect and can you already unveil some names, especially from the urban/street/young fashion sector?
We have just started marketing, so it is still early to give a number of participants and company names. Yes, I can tell you that expectations are very high and there is a lot of interest. La Nave’s new location has space for about 100 companies, with the option of expanding for subsequent editions. Its layout offers many alternatives for promoting the firms’ fashion proposals, both indoors and outdoors, providing a different kind of visibility to participating companies, compared to a conventional fair.

Today, any firm must combine quality and brand image. ShoesRoom is going to be an event where, apart from the stand size, there will be room for very different brands, both high-quality and others more oriented towards new trends and young fashion. We will look for formulas to ensure that all are present and all stand out.

You said in an earlier statement that you want to “promote the purchase of Spanish footwear in the national market, through various activities.” What kind of activities do you have in mind?
Drawing on our experience in catwalks and parades, we want the event to be open to the target market without losing its professional character. In no way does this mean, however, that the event will be aimed at the general public. The fair will remain professional, but new technologies and the organization of small activities will help us to open it up to the end consumer and awaken the desire to buy these shoes. Through the social media and streaming we want to make it clear to people, wherever they are, that this event is being held and that, for example, if a conference is being held at the Fair Forum, it can be seen via streaming and that anyone can follow along at home. We will also set up a small set where we can interview visitors and manufacturers.

With these actions, and using new technologies, we want each edition of ShoesRoom to be an opportunity that encourages the domestic end consumer to know the Spanish market. A trend must be created that makes the end consumer look for Made in Spain on each pair of shoes as a sign of quality. We have to promote a national movement, by promoting the idea that Spain is a country where very good footwear is produced, with good brands and some of the main shoe manufacturing areas in Europe, and where a lot is handcrafted, etc.

You want to especially attract more international buyers–how do you want to achieve this?
As the second biggest European footwear producer, Spain must have a fair or a leading event visited by both domestic and international buyers. That is why our work is two-fold. Firstly, through our commercial agents all over Spain, and secondly at the international level, with the Spanish Institute of Foreign Trade (ICEX) and with FICE, the federation that groups together footwear manufacturers, we work to attract international buyers to our event–individuals with purchasing power who come recommended by the ICEX commercial offices in their respective countries–from different geographical areas such as Latin America, the Middle East and Russia, amongst others.