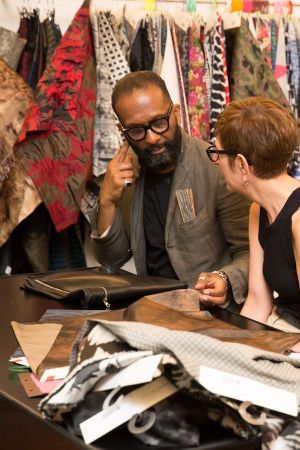 The show presented 87 exhibitors offering their Made in Italy fabrics and accessories. Many of them could show their products originating from their own long-time expertise and tradition. In fact, 28 companies out of the total exhibitors (32%) were founded more than 100 years ago.

According to studies in 2014 the US represented Italy’s third most important destination generating over €175 million (USD 250 million) worth, 12.3% more than in 2013. For the first four months of 2015 Italian fabrics exported to the US another 18.8% when compared to the same period of 2014.

Due to the huge success, Milano Unica is planning how to replicate this success in New York for 2016.