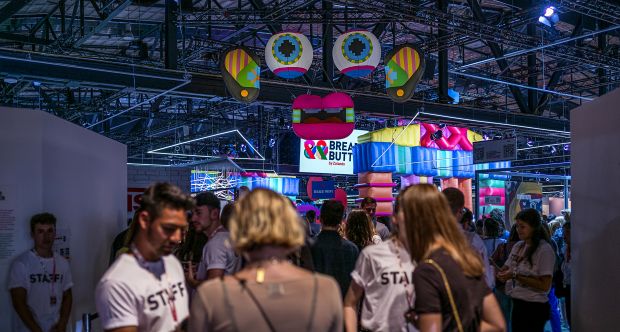 One thing is for sure: Zalando spared no costs or efforts to realize their first Bread & Butter event at Arena Berlin during the past three days.

Whilst the contents and visitor demographic were clearly consumer-focused, the exhibitor list, impressive booth designs, installations and general busyness did actually resemble the “old” Bread & Butter trade show during its best times – or at least a snippet of it.
Adidas, Converse, Nike and Vans, G-Star, Lee Jeans or Levi’s, Topshop, Tommy Hilfiger or Eastpak – a section of the biggest sportswear, denim and young fashion players were staging their brand and products at Zalando’s version of Bread & Butter – and each one of them made use of the platform with a different approach. 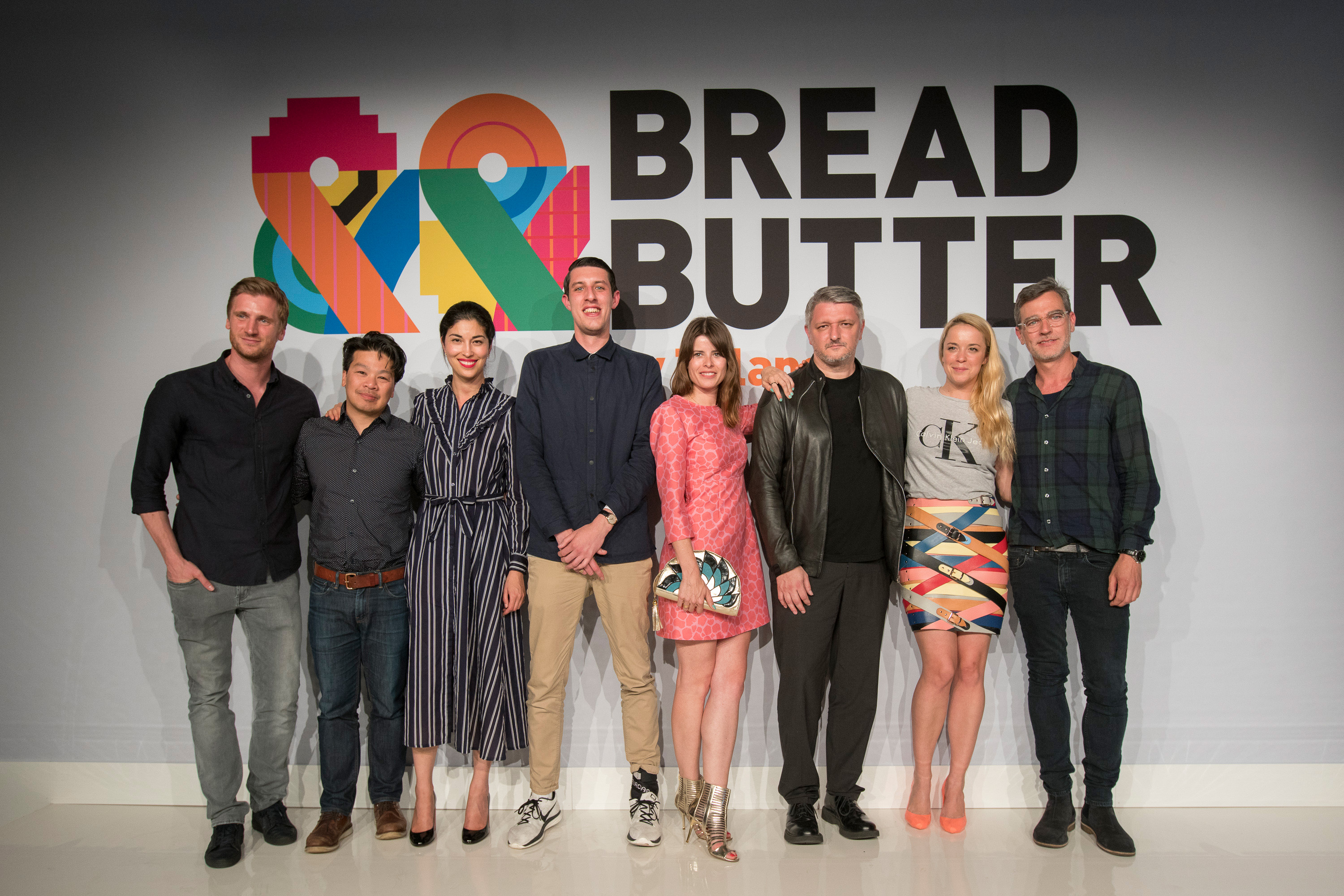 According to corporate statements, the fashion and trend showcase was sold out on its first two days and almost sold out on Sunday; official numbers reported more than 7,000 visitors on Friday and more than 6,000 visitors on Saturday. Fashion-interested teens and twens came to the Arena to get in touch with the exhibiting brands. “I read about the event on the internet. It’s really interesting to be here and I saw a lot of clothes that I liked”, said a 13-year-old girl in company of her father. 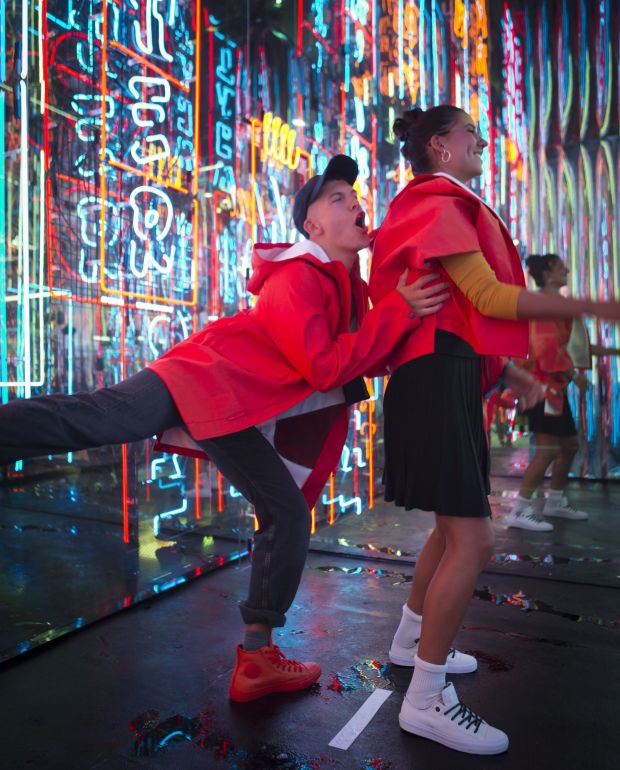 Photo: Converse
Customers playing around in Converse's photo booth
The “normal” customers were joined by a mix of (international) bloggers and influencers which Zalando invited and took care of very decently. Generally, the social (media) impact of the show was in clear focus at the whole event: Shareability was king with very instagrammable product installations and hang-out spots, lots of on-site picture boxes and video opportunities. And these were used: clearly, interactive brand offers, like Converse’s photo booth which allowed visitors to test the brand’s new waterproof Counter Climate collection and shoot a 3-seconds video clip in a photo booth simulating a rainy environment were winning the customers’ favor. 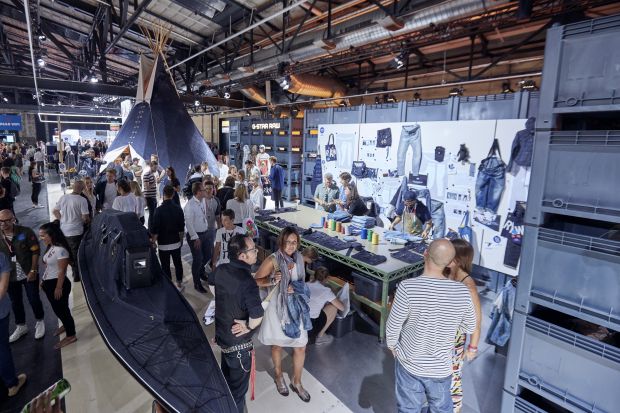 Photo: G-Star
Customization and denim teepee at G-Star
Another big and broadly popular thing was personalization. Levi’s brought their Tailor Shop to Bread & Butter, allowing customers to personalize their denims with patches, pins, or prints; at Vans, visitors were able to decorate classic skate shoes with rhinestones; at the always busy G-Star booth, visitors could customize their own denim tote bags after gaining insights into the workings in the G-star headquarters and archive. The brand even took its denim teepee, their “Head of Imagination” Pharrell Williams’ personal office, from their Amsterdam headquarters to the showground. “Last week we launched our global brand campaign […] where we take the audience behind the scenes of G-Star and how we design 3D denim. B&&B by Zalando has given us another opportunity to let our audience experience this in an interactive way”, said Thecla Schaeffer, CMO of G-Star Raw.

G-Star explores the meaning of raw in its new campaign

In cooperation with Google, Zalando also showcased ‘Project Muze’, an initiative which could help offering customers a product selection (or even create a personal product) based on personal preferences in music, art and design in the future.

Adidas took their visitors behind the scenes of their Futurecraft project and demonstrated how the knitted upper and 3D-printed soles of their “sneakers of the future” are made on real knitting/stitching/3D printing machines. The staff reported great feedback as many consumers had never seen such a production process. “I appreciate what Zalando did here, it’s really something new. It’s exciting to see that every brand offers something different at their booths. Take us at Adidas, who do not show products but instead the innovative technical production side, whereas at the Levi’s booth for example, consumers can actually buy apparel and have it customized”, said Dirk Schönberger, creative director at Adidas. 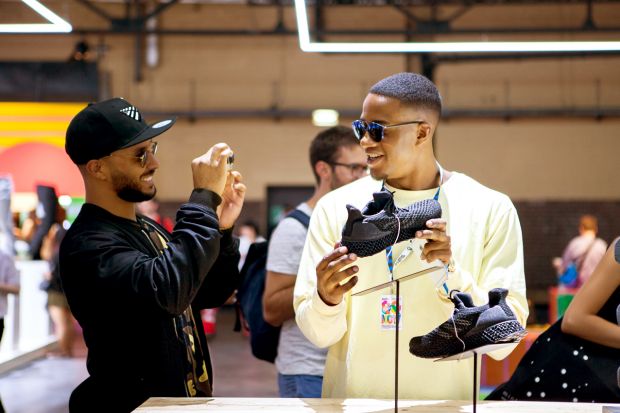 Also Jochen Gärtner, country manager Germany at Lee Jeans showed happy with the event: “We would come back next time. Every brand that offered something interactive for the consumers was highly frequented. Zalando really helps to push brands and bring back the fun in fashion.”

Fossil presented their newest product just after its launch last week, the second generation of their smart watch and found Bread & Butter a “really good platform to introduce it to the consumers.”

Rather little brands took the opportunity to actually sell goods on-site (such as Levi’s and Zalando’s own Mint & Berry), the majority rather offered QR codes, linking directly to the exhibited products in Zalando’s web shop. 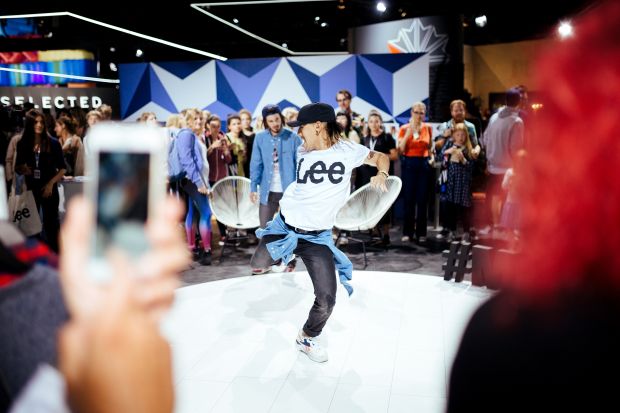 That was also the concept behind the on-site fashion shows by the likes of Puma, Selected Femme/Homme, Hugo, Set, Ivyrevel, Topshop, Topman and Zalando’s own closing show – everything shown on the models was supposed to be immediately shoppable via Zalando. Topman’s German catwalk debut didn't emulate their always exciting shows at London Collections Men, but showcased a rather mainstream, highly sellable selection of their styles – but after all, that’s what it was all about at Bread & Butter.

Tommy Hilfiger caused a stir by bringing social super model Gigi Hadid to Berlin. In order to meet her at the brand’s booth on Friday, girls were queuing up to two hours in advance. When not meeting her in person, you could also experience Hadid’s photo shoot for her “Tommy x Gigi” capsule collection in virtual reality via Oculus Rift. 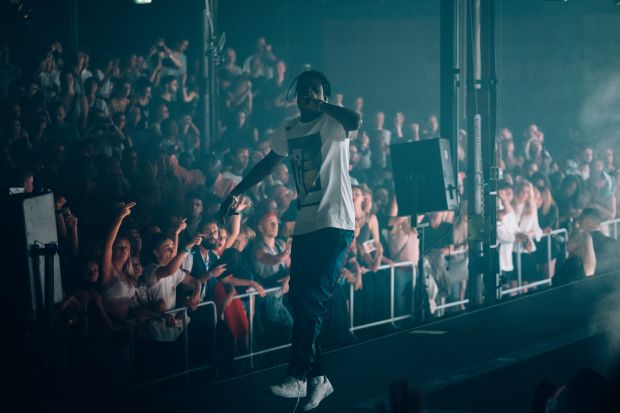 But Hadid was not the only superstar on-site. Dozens of music acts from uprising ones to better known examples such as Angel Haze were hosted at Bread & Butter by music institution Boiler Room. And then there was A$AP Rocky. The rapper’s appearance (for which Zalando paid a good six-digit sum, as rumor has it) was only confirmed days before the actual happening and caused a thrill of ecstasy amongst fans. He played a 20 minutes gig on Friday night, attended by around 1,400 people (although only 800 were actually allowed in the stage area), as a security person reported.

“Like in other fields, we do see Bread & Butter as a pilot project where it’s all about learning and adapting after the first tests”, said Carsten Hendrich, brand marketing VP at Zalando, on the first day.
And for any future edition of the new Bread & Butter that there might be, the learning will have to be not only on Zalando’s but also the exhibitors’ side in terms of how to best stage their brand at a consumer fashion fair, where goals such as image fueling and brand attachment are of a “soft” nature and therefore hard to measure.
Meanwhile, one thing is certain: the first run of “B&&B” definitely was what you call a “happening” – and customers, influencers and the media felt that. 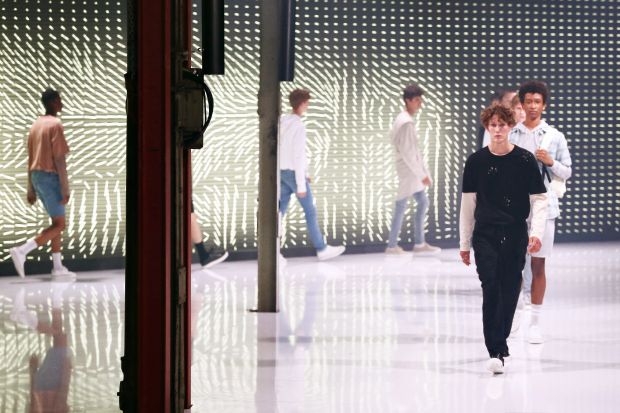