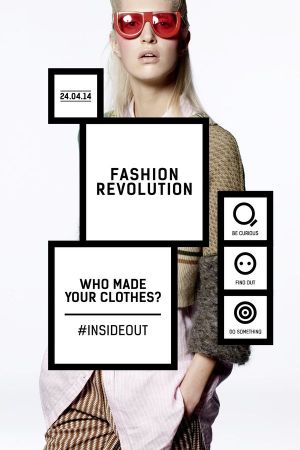 by Lorenzo Molina — April 14, 2014
The first edition of the international Fashion Revolution Day is going to take place next April 24, under the motto: “Who made your clothes?” Devised by the fair-trade movement pioneer Carry Somers, this initiative wants to raise awareness among fashion consumers about the origin of their own clothes and further aims to encourage buyers, retailers and producers to work together towards a rethinking of textile production. Not as a coincidence, the Fashion Revolution Day also commemorates the first anniversary of the collapse of the Rana Plaza textile factory in Dhaka (Bangladesh), where more than 1.100 workers died and twice as many were seriously injured.

“At the Fashion Revolution Day, we want to remember together the grievances that exist within the textile industry and the impacts of a non-transparent supply chain. The collapse of Rana Plaza last year shocked us. Now it is up to us all to demand more transparency," said Magdalena Schaffrin, coordinator of the Fashion Revolution Day Germany and organizer of the Greenshowroom/ Ethical Fashion Show Berlin. 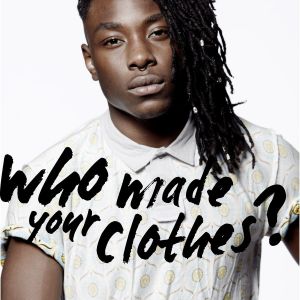 "Who made your clothes?" Motto of the initiative
Different actions such as events, flash mobs and workshops are planned in over 50 countries. International initiatives include a crowd-funding campaign for the long-term establishment of the Fashion Revolution Day and a “proudly made in Bangladesh” statement fair trade t-shirt, produced by Oporajeo, a factory owned and activated by the survivors of the Rana Plaza tragedy.

Apart from consumers, designers, retailers, manufacturers and students are expected to participate with creative ideas. Everyone is also called to wear their clothes inside out in order to let everyone see “who made your clothes”. If you decide to take a picture, share it in your social media channels with the hashtag #insideout @fash_rev and the name of the brand (e.g. @HM).


The Fashion Revolution Day was founded by Carry Somers, pionier of the Fair Trade movement and founder of hat label Pachacuti. Up to now, international designers, press representatives, activists and other decision makers from the fashion industry have teamed up in more than 50 countries to create action under the initiative.