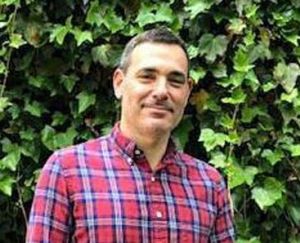 The progression of the Agenda tradeshow has been something to see. What started fifteen years ago as a little show with about 30 brands quickly became the David to ASR’s Goliath, slaying the giant and becoming the world’s premier streetwear and action sports b2b destination. With its flagship show in Southern California’s Long Beach and a big buying stopover in Vegas, creator Aaron Levant was never afraid to push boundaries and change with the times. Though he has stayed on as an advisor, Levant left the Agenda Show last year to pursue other creative opportunities. But not before he launched the Agenda Festival, an open to the public day at the tail end of the trade show in Long Beach, showcasing food, music, exclusives and more. It was a hit. Such a hit that Reed Exhibitions and Ron Walden, Reed’s Vice President of Fashion and Festivals, have decided to take the full b2c plunge this June, cancelling the January SoCal show all together to make way for the revamp. Although the Vegas show will remain a traditional b2b trade show, the Long Beach powerhouse will rebrand itself as a solely b2c experience envisioned to give smaller, more digital brands a way to engage one-on-one with their end consumer.

On the eve of the announcement, we grabbed a few minutes of time with Rob Weinstein, VP Marketing, Fashion and Festivals, Reed Exhibitions to hear his thoughts on the reimagining of Agenda and b2b in general.

Has this switch been in the works for some time?
We’ve “test marketed” the festival for the past two years as a one-day event attached to our summer b2b Long Beach event, and the response to both festivals has been very positive from both our brands and attendees.

Vegas stays trade? Will it move to b2c at some point as well?
We see Las Vegas Market Week as a great b2b platform. We have no plans to make this a b2c event.

What do you expect the result will be for the Long Beach show?
We believe we have a really unique platform with the Agenda Festival and that it’s right on target with the youth consumer. No other experience merges fashion and action sports – two driving forces in youth culture, the way Agenda Festival will.

What sort of exciting things can our readers look forward to in the newly revamped LB show?
The Agenda Festival will merge streetwear, action sports, lifestyle and fashion alongside music, art, food, education and more.

Is this the beginning of the B2B trade show ending? Will others follow suit? How is Agenda a leader?
The fashion industry is changing and Agenda wants to be on the forefront of what brands and retailers need – in that way we believe we are evolving and leading. With that said, B2B is still a vital part of business for many in our industry and Agenda will be there to serve them.

How will ComplexCon and Agenda meet or keep their separation?
The consumer and the content for Agenda Festival is very different from that of ComplexCon. Agenda Festival caters to Gen-Z – a younger consumer with a 50/50 male/female split. The content is focused around different pillars as well, skate and surf being two very important ones. We don’t see a lot of crossover in the consumer.