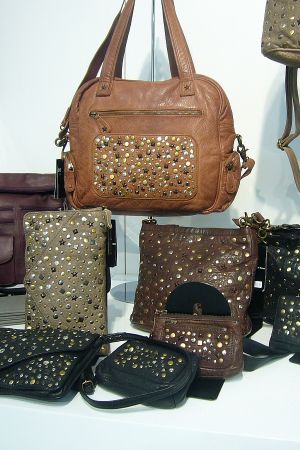 by Tatjana von Elverfeldt — September 24, 2013
The International fair for Leather Goods (I.L.M) which took place at the fairgrounds in Offenbach/Main, Germany from September 21-23, has received positive feedback despite the parliamentary elections which were simultaneously held in Hesse. 269 exhibitors from 20 different countries presented their summer collections for 2014 including bags, backpacks, luggage, wallets, belts, umbrellas and additional accessories. A total of 5900 visitors made it to the trade fair and 6 per cent more exhibitors were listed than last year.

Most of the exhibitors were satisfied with the outcome of the fair, nevertheless the elections at Constanze Alef were felt, Managing Director of FredsBruder, comments: “On Saturday it was perceptible. It was quieter than usual. Despite the parliamentary elections we did very good business and are pleased with the course of the fair.” Most of the exhibitors report that Saturday and Sunday morning were the busiest days of the fair. 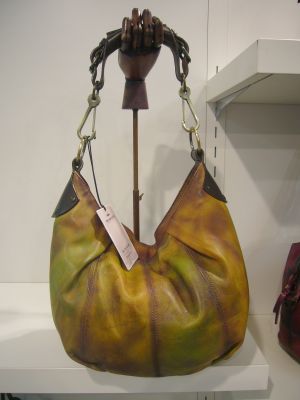 3D color coatings by FredsBruder
One trend are rivets and unusual rivet applications; Silver circles, gold squares and black stars were seen on black, brown and khaki bags of every size at Depeche, whereas Airstep relied on traditional silver rivets on belts, wallets and bags of all sizes. In addition to classic leather bags, colored leather bags sold very well at the fair. Constanze Alef, managing director, FredsBruder: “Special surfaces like the new coated 3D effect are as high in demand as the pastels with a grey basis.”