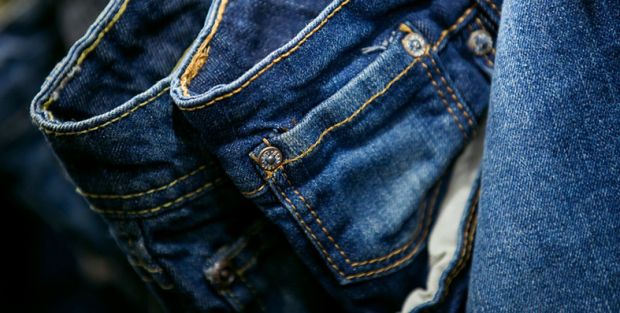 by Siddique Islam — April 26, 2019
Most Bangladesh denim makers are now on an expansionary mode to capitalize the ongoing trade war between the United States and China. But analysts warn unplanned growth could kill the emerging segment.

Nearly half a dozen of those 32 factories have already embarked on the expansion process to execute possible bulk orders that are diverting from China to Bangladesh.

The trade war is helping Bangladesh secure fresh business orders directly from the United States, ushering in a new hope for local denim producers. Buyers, particularly from the USA, have already indicated placing bigger orders, advising local producers to be prepared to execute such orders in time. However, while the trade war will help create a short-term prospect for trade it will also push up the cost of production as China, the prime supplier of chemicals for Bangladeshi denim makers, has already increased prices of its chemicals significantly. 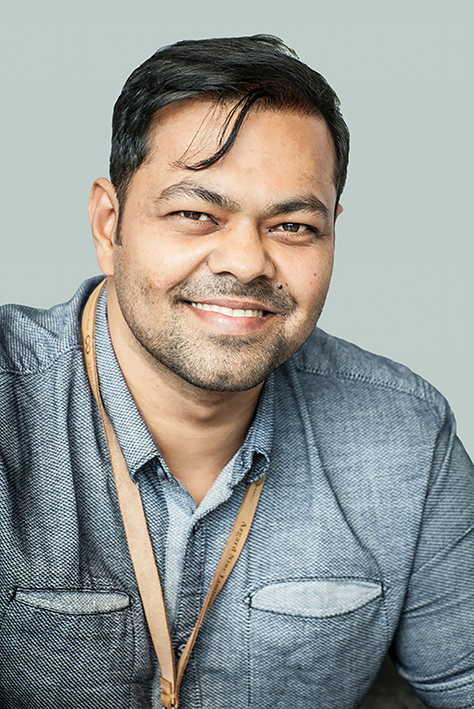 Photo: Bangladesh Denim Expo
Mostafiz Uddin, Denim Expert Limited: “All eyes are now on Bangladesh. They are adopting strategies along with conducting flexibility studies to know the future prospect of the country.”

Overall orders have seen an upward trend in recent months, but fair prices of Bangladeshi apparel and clothing products in the global market have not been ensured yet. Insiders are urging regulators to take effective measures to improve competitiveness of the local apparel producers in the global market by adopting a more flexible exchange rate policy and Bangladesh denim makers see Pakistan asa threat to the sector in the future. 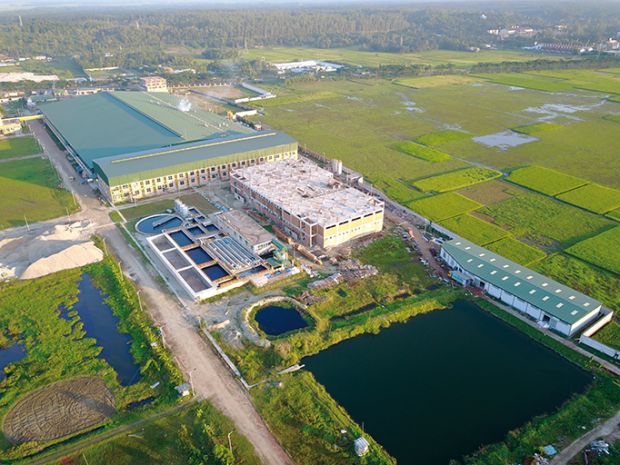 Bangladesh’s GDP will grow 0.19% more within the next one or two years if the US-China trade war escalates further, according to Yasuyuki Sawada, chief economist of the Asian Development Bank (ADB). The country will receive a lot of work orders, mainly shifted from China–the largest apparel supplier worldwide–because of the tariff war, Sawada predicted at a seminar in Dhaka on March 4, 2019. Moreover, the country will be able to make exports of an additional US$400 million, he added.

The USA was supposed to implement its decision of imposing tariff rates ranging from 10% to 25% on US$200 billion-worth of Chinese goods from March 1. However, the trade experts are cautious about the negative impact of the trade war between the world’s two largest economies as Bangladesh has a significant share in the global market. For instance, the trade war may increase the cost of production of consumer goods and daily essentials that may affect the purchasing power of people worldwide, they warn. “We’re getting benefits from the trade war between the USA and China,” says Abdus Salam Murshedy, managing director of Envoy Textiles. Murshedy, also Bangladesh’s ruling party’s member of the parliament (MP), has sought policy support including general cash incentives from the government to improve competitiveness of the local exports in the international market. “We’re losing competitiveness in the global market as our competitors enjoy more exchange rate gains than we do,” he explains, citing the example of India–the second largest trade partner of Bangladesh after China–where the rupee weakened against the US currency. The exchange rate of India’s rupee closed at 69.77% on the last working day of 2018, down 8.5% for the year. The exchange rate of the Bangladesh taka (BDT) maintained a depreciating mode at a slower pace against the US dollar until 2018 despite higher erosion of its competitor’s currencies. The local currency depreciated by nearly 1.5% to BDT 83.90 against the US dollar in the year 2018. 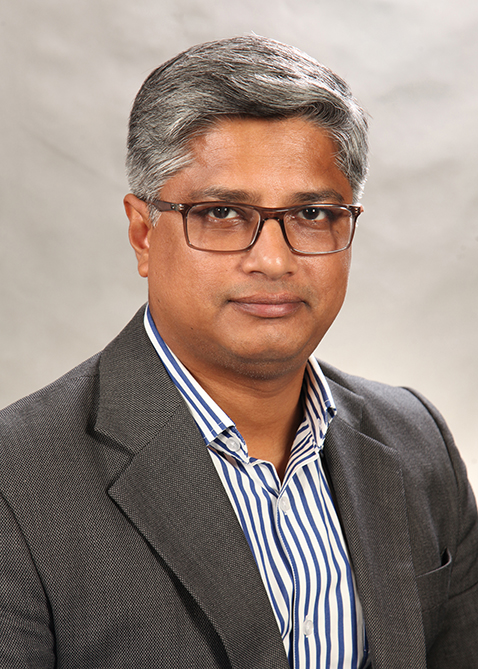 In contrast, China’s currency declined to its lowest level in a decade in September last year against the backdrop of rising geopolitical tension along with uncertainty over the country’s trade impasse with the US. The Chinese renminbi, or RMB, fell to 6.857 against the US dollar, according to Bloomberg data on January 2, 2019. Its maximum average during the last 180 days was 6.9754.

“All eyes are now on Bangladesh. They are adopting strategies along with conducting flexibility studies to know the future prospect of the country,” says Mostafiz Uddin, managing director of manufacturer Denim Expert Limited, while explaining the latest global trade mechanism following the tariff war between the world’s two economic superpowers. He also says the process of diverting orders to Bangladesh from the USA has already started, but it is yet to be materialized. Uddin, who is also the founder and CEO of denim trade show Bangladesh Denim Expo, expressed the hope about seeing a positive result in the near future. He adds that businesses are shifting to Bangladesh from China mainly due to strict environmental compliance requirements there. 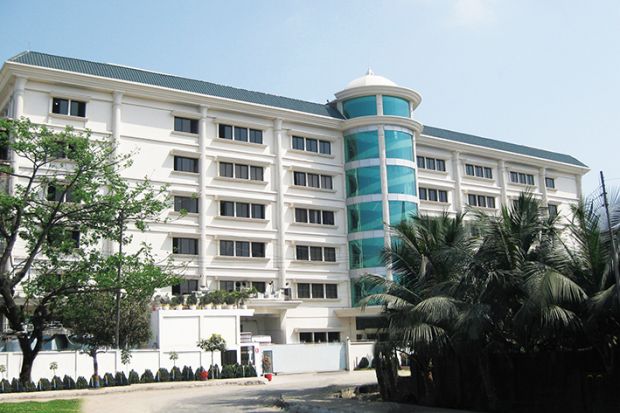 Uddin also emphasizes ensuring sustainability, transparency and circularity to meet challenges in the global market, particularly in the European Union member countries. “We need to develop a roadmap to face the future challenges in the apparel and clothing sector of Bangladesh,” he said recently in a recommendation to the policy makers and stockholders of the emerging sector. When asked about expansionary mode of denim producers, he predicts any unplanned movement will be “suicidal” for Bangladesh’s denim industries.

“It’s a short-term prospect that is favorable for trade,” adds Syed M Tanvir, a director of denim manufacturer Pacific Jeans, while explaining the possible impact on the ongoing trade war. Bangladesh will have to compete in the international market with its own efficiency and quality of products, Tanvir adds. 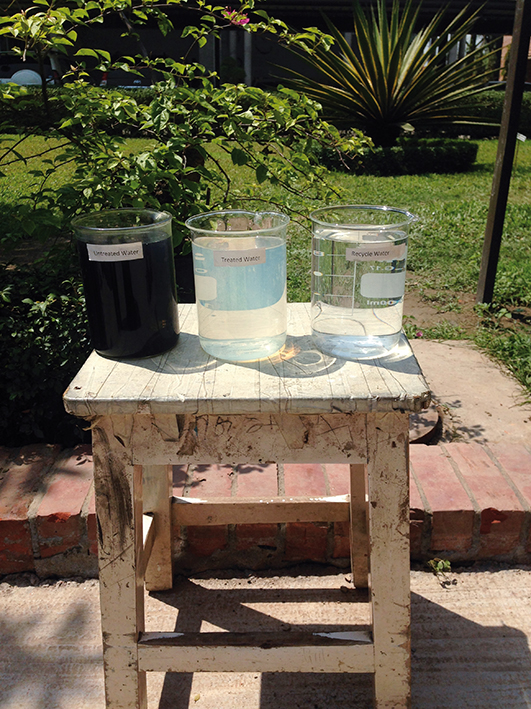 The port city Chattogram-based denim producer is setting up two units–Pacific Knitex and Pacific Casuals–investing an additional US$100 million as part of the new strategies. Pacific Casuals has already started its trial production of activewear, which would help the company broaden its product offerings from denim, according to Tanvir. Pacific Knitex, which will produce fabrics, is set to start its operation by 2020, he adds.

Like Pacific Jeans, Square Denims Limited is also working on expanding its business as preparations are underway to handle bulk orders within shortest possible timeframe. “We’re working on the expansion of business within the next year,” says Sayeed Ahmad Chowdhury, general manager of Square Denims. Mentioning rising production costs as a disadvantage of the trade war, Chowdhury says the higher prices of Chinese chemicals have pushed up overall production costs in denim products. The prices of chemical products jumped by 30% to 40% in recent months following the trade war, he notes.

Shasha Group began its journey in 1991 as a family-owned company, with a vision to create a global standard in green and sustainable denim manufacturing industry in Bangladesh. Now Shasha Denims

Limited, a sister company of Shasha Group, is acquiring major stakes of EOS Textile as part of its business expansion. The denim maker has decided to acquire an 80% stake in EOS Textile Mills for US$12 million, reversing its earlier decision to acquire a 40% stake. EOS, a 100% export-oriented textile company, was established by Italian investors at the Dhaka Export Processing Zone in Savar in June 1998. “We’re expanding our business each year to meet extra requirements of our buyers,” says Rafiqul Islam, deputy general manager of Shasha Denims Limited. He adds that human resources will have to develop along with improving the quality of products for ensuring sustainability in Bangladesh’s denim sector. “We’re coveting our products base into high-end from the basic ones in line with our buyers’ requirements.”

MS Hasan, a director of Amber Denim, says orders are increasing gradually but prices remain unchanged despite the company taking different initiatives. “Price is a big factor for making business sustainable,” he says. He also suggested local denim makers improve their quality of products by using modern technologies, which will also help attract more buyers in the global market.

“The US business in Bangladesh is growing as retailers are showing interest in Bangladeshi products,” says Salahuddin Ahmed, managing director of M & J Group. On the other hand, China is now under pressure due to higher wages and environment issues, prompting Chinese companies to relocate different countries including Bangladesh. Unplanned expansion, he says, is not healthy for the industry. “Unplanned industries may turn into sick ones. There is a big challenge to run a factory with efficiency,” he notes and says he sees a bright future for Bangladesh if the country can utilize its infrastructural facilities properly.

Echoing Ahmed, Shohel Rana, director marketing of Nassa Group, says the expansion should be done deliberately and carefully to reap maximum benefits. He also sees growth for the Bangladesh denim sector, saying that it is developing day by day.

Editor’s note: the article runs in our current issue #288, The Service Issue 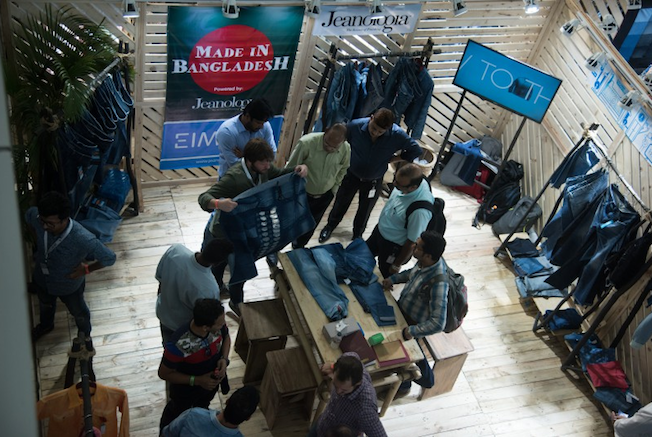 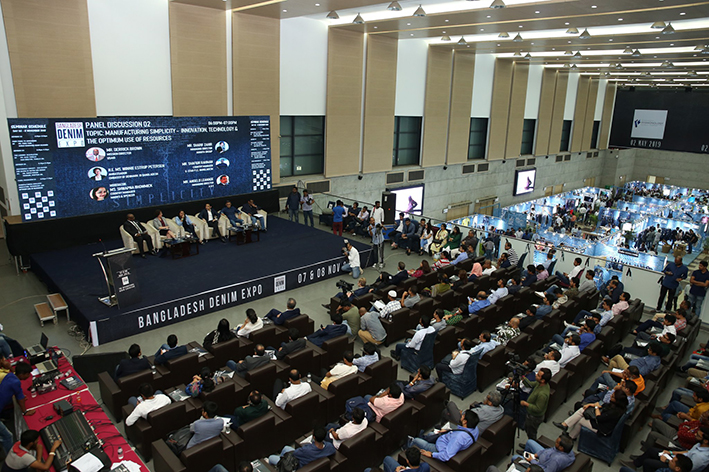 Bangladesh: Denim manufacturers have to adopt new strategies to compete