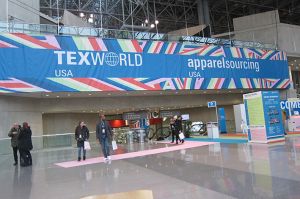 The former seemed much smaller size-wise than previous summer editions but returned with favorites such as the Texworld Showcase (the trend area showing key fabrics and colors for spring/summer 2020), Textile Talks, Resource Row and Local Loft, an area where four local companies from a trim supplier to a beading company showed. Keeping with the very international selection at the show, there were also individual country pavilions from Korea, Mauritius, Taiwan and Turkey as well as the return of an area devoted to companies that employ Lenzing Fibers. All told, there were only about five pure-play denim suppliers and many exhibitors were Asian. 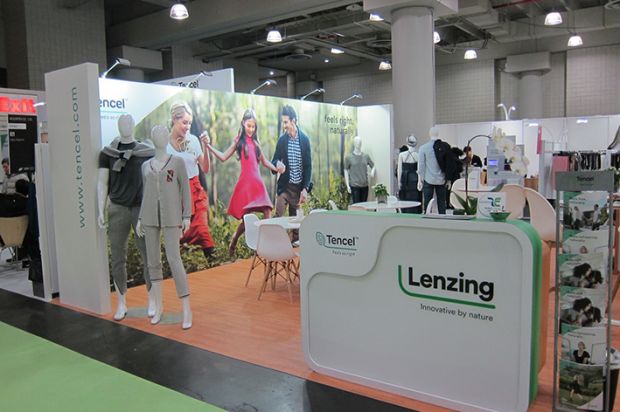 Jenny Cao from Jiaxing Wanhong Textiles from China reported that foot traffic to her booth – which specializes in dress fabrics and prints – was “not so good; last year was way better.” That said, she said that overall business is good at the company, which has a production capacity of 30 million meters and exports 70% of its textiles to clients that include everyone from Ann Taylor, H&M and Gap. She added that she was not worried about potential USA-China tariffs due to the ongoing trade war because Jiaxing Wanhong generally ships to where the clothes are sewn, i.e., India, and not directly to the United States. “We’re not worried too much. We sell to India and then India ships it to the USA so we are not affected too much,” she explained. 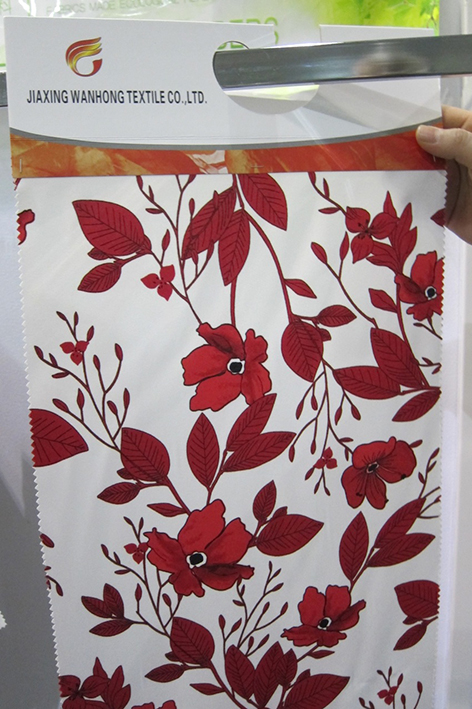 Alice Zhang, from Showsha Textile, another Chinese exhibitor said the show had been “so so” this season. She was showing denim blended with spandex and Tencel, among others.

And at Maystar Denim, an 8-year-old Chinese company that produces 20 million meters of denim each year and 2 million jeanswear items, the rep said that traffic on Tuesday was “better than yesterday” but that the winter edition is usually quieter than the summer one (June 22-24, 2019) anyway. 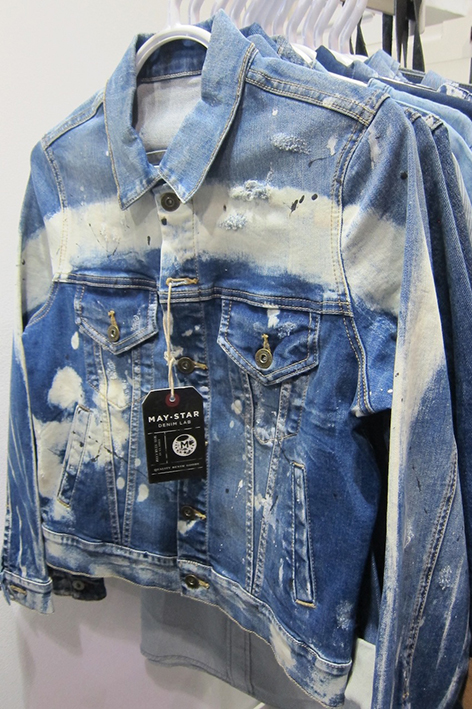 All three agreed that it was beneficial to meet US brands and companies face to face.