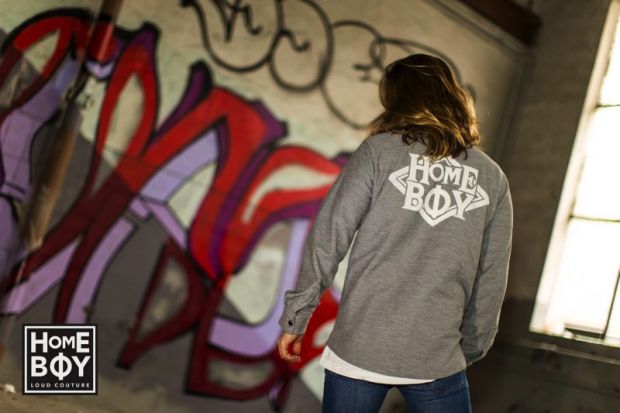 Last winter Jürgen Wolf has reanimated his well-known streetwear brand Homeboy with its new concept Club Homeboy and a menswear collection based on logo T-Shirts and sweats, jackets and hoodies. Now, the streetwear dinosaurian has announced to launch a small women’s range. The small line will contain shirts in different styles and colors, but all items that are true Homeboy and in line with the men’s pieces, staying true to the brand’s streetwear roots. The line will be due December 2016.

“Everything is similar to the men's line. Stringently. For girls there is, for example, a long sleeve raglan T-shirt with sleeves pressure, just like the men, only in different colors”, stated Wolf who emphasized that also lots of women belong to the customers of Homeboy. “No gender is the deal. Definitely. But there was a high demand for Crop tops in the market that we serve now.” The designer of the range is based in Berlin and part of the homeboy family for 20 years.