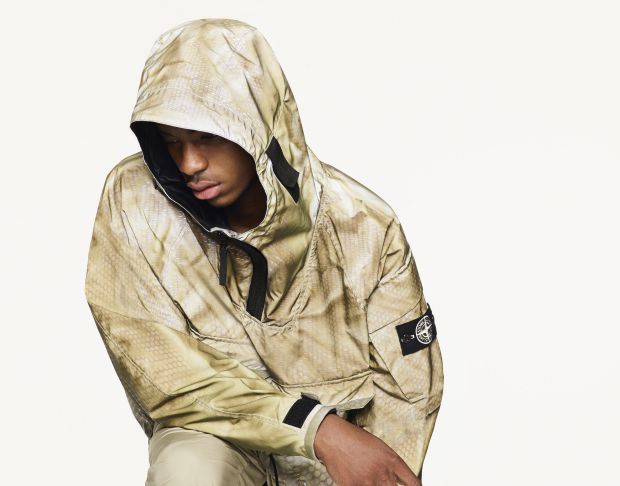 The Italian upmarket sportswear brand Stone Island is betting on expanding in the US and Canadian markets with a series of new initiatives. After the opening of their store in New York, in July 2016, they announced they will relocate their Los Angeles boutique to a wider 500 sq. meter and more strategic location in summer 2017.

They also aim at increasing brand awareness by fighting counterfeits (they collaborate with Certilogo technology since 2014), hyping their product's exclusivity, research and authenticity with other projects. They recently launched the first one of their native special limited edition capsule collection Prototype Research Series – Series 01. This first selection of jackets was made with fabrics and treatments from the company's own research and experimentation and not yet produced on industrial scale.

The Series 01 presented Lasering On Liquid Reflective Base, a limited numbered edition of anoraks - from 01 to 100 - made with a highly reflecting fabric thanks to a special coating of thousands of glass microspheres, later handsprayed and lasered. The special edition, which sold out in a few dozen minutes, was sold on 4 November 2016 only through their ecommerce sites and through a special app aimed at the US market.

Always as part of their strategy to expand in the US is their “Stone Island – Reflective Research '992 – '017” retrospective exhibition focused on the theme of reflecting jackets. After the itinerant exhibit’s launch in Milan and New York in 2015, they also presented it New York, Los Angeles and – just recently held and closed on 4 November 2016 - Chicago.

Currently, Stone Island is counting 20 monobrand stores including seven in Italy, nine in Europe and four overseas. They expect to close 2016 with €105 million sales, 20% more than in 2015 doubling their revenues when compared to what they registered five years ago in 2011.