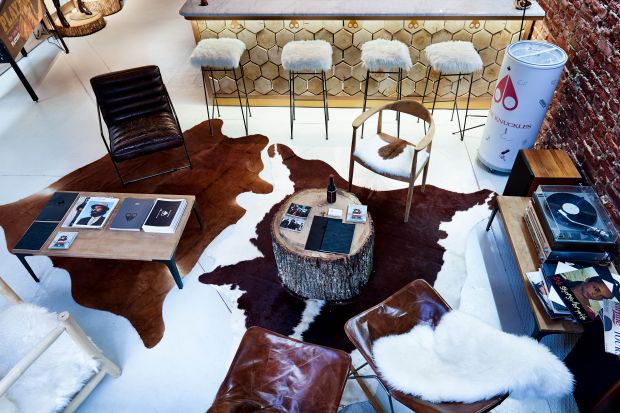 Moose Knuckles wants to knock the world down

by Maria Cristina Pavarini — May 31, 2017
Canadian down outer jacket brand Moose Knuckles is ready to conquer the world by opening its first flagship store in Toronto in January 2018 and further expand in Europe and Asia.

“Distinctive elements of the brand are fur trimmings and linings, near-to-the body fits and a visible logo that reminds of a moose footprint, though it also lends itself to more different interpretations, in-keeping with the brand’s own identity,” comments Marco D’Avanzo, general manager and VP sales & marketing, Moose Knuckles, since 2016, former sales and retail manager for Woolrich and previously sales manager EMEA for Guess.

Since 2013, Moose Knuckles tried to enter the Italian, Dutch and French markets, though only in 2017 it started managing Europe directly by opening a showroom in Milan, located in Via Savona 97. Moose Knuckles debuted at Pitti Uomo in January 2017 and thanks to D’Avanzo, is now sold to 450 doors Europe-wide (including Italy, France, German speaking countries and Benelux) out of the total 600 presently selling it worldwide. For its future expansion, while continuing to participate in Pitti Uomo in June 2017, it will also be sold in the UK and the Scandinavian countries. 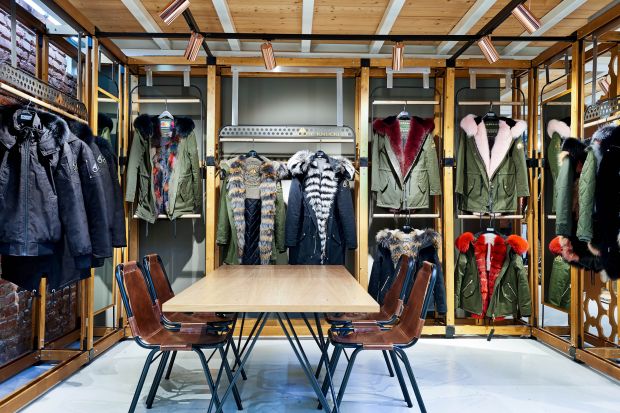 At present, 75% of the brand are sold to Canada and the US together, while the remaining 25% are distributed to Europe. “We will open our first flagship store in Toronto inside the Yorkdale mall by January 2018 to be followed by others soon after,” continues D’Avanzo whose aim is to distribute the brand to about at least 1000-1200 stores all over Europe and also expand to Asia.

This bold character urban down jacket brand was born in 2007 in Montreal from Moose International, a company born from the expertise of two Canadian expert players – Corwik, leading apparel company founded in 1921, and Levy, specialized producer of functional and fashion coats and jackets.

All jackets are entirely manufactured in Canada through a district they gradually established in Montreal and surroundings near the company’s headquarters. The brand originates from four core coats all made with natural materials enhanced by hyped functions such as, for instance, a special cotton-nylon (74%-26%) and Combat Wool (a wool-Cordura blend), refined with 100% Saga Fur certified fox fur and filled with about 720-800 goose or grey duck down, also sustainably certified according to IDML standards and injected directly into the garments. 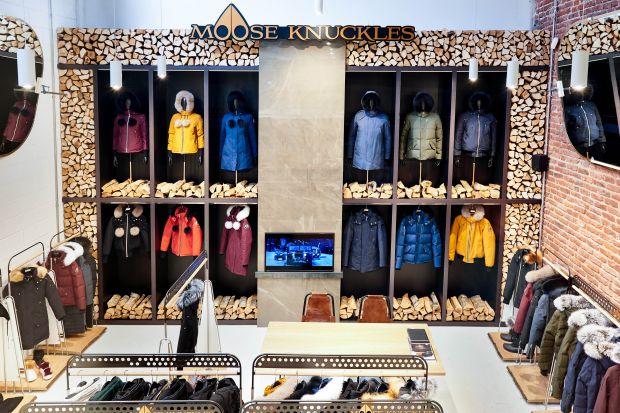 The brand has developed through the years and earned a more defined identity by starting offering different product lines and capsule collections while remaining true to its own Canadian roots. Some of the adjectives defining the brand’s identity are, for instance, “wild”, as it is the essence of the Canadian natural environment, “candid”, reflecting its own heritage, “pack” as those wearing this luxury brand are part of a community and a tribe, and “playful” as its language is always joking and irreverent.

The brand is sold at €450-€750 for the lightest jackets, €1,000-€1,500 for heavier and more refined jackets, up to super elaborate styles costing up to €4000. Moose Knuckles is now sold at top end departments stores and retailers including Holt Renfrew, Sporting Life, Saks Fifth Avenue, Bloomingdales, Nordstrom, Paragon Sports, Ogilvy, Due West and Revolve. In Europe, it is available at G & B, Base Blu, Eleonora Bonucci, Tip De Bruin, Tsum, Ostriv, El Corte Inglés, Wormland, Harrods, Vinicio, Luisa Via Roma, Shinsegae, Globus and Breuninger.

From F/W 2017/2018 some limited edition haute-de-gamme jackets will be completed by special inner labels, trimmings and accessories carrying the name of the department store that will sell them, according to a path recently taken by the brand featuring special limited edition projects in collaboration with Vintage Frames Company, exclusive vintage eyewear collector and designer Corey Shapiro. Another past collab was signed with Fucci, Canadian-Finnish illustrator who embellished a parka of the brand with special pop design and decor elements.