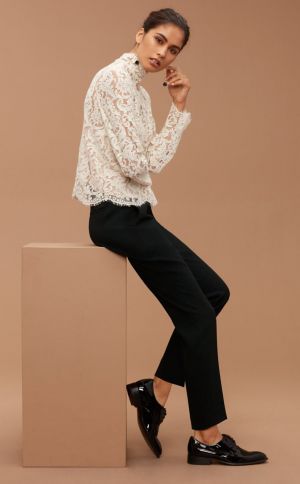 Aritzia, a womenswear retailer founded in Vancouver back in 1984 has filed for an Initial Public Offering (IPO) of subordinate voting shares at the Toronto Stock Exchange last week. Subordinate voting shares are popular among entities whose ownership is in the hands of few owners, as they allow them to raise equity capital from investors without giving them equal voting rights e.g. by the composition of the board of directors. Aritzia was founded by Brian Hill, who’s still chief executive officer, while private equity firm Berkshire Partners owns a majority stake since 2005.

According to a preliminary prospectus available at Sedar, the company won’t receive any proceeds from the sale of the subordinate voting shares. The document doesn’t specify the amount of capital that the company aims to raise with the IPO neither. By the end of fiscal year 2021, Aritzia believes there is an opportunity to open a minimum of 25 to 30 new stores across North America, of which approximately 10 stores are planned over the next two years. In addition, the company aims to achieve an ecommerce penetration level of approximately 25% of the total net revenue by the end of the same year –the ecommerce business accounts for $65 million now, representing approximately 12% of the total net revenue for fiscal year 2016.

Aritzia currently runs 75 retails stores in North America –16 locations in the US and the bulk of them in Canada–. The fashion retailer grew its net revenue from $377 million in fiscal year 2014 to $542 million in fiscal year 2016, representing a compound annual growth rate of 20%. In fall 2016, Aritzia expects to launch international shipping for its ecommerce business to capitalize on the demand for products outside of North America.