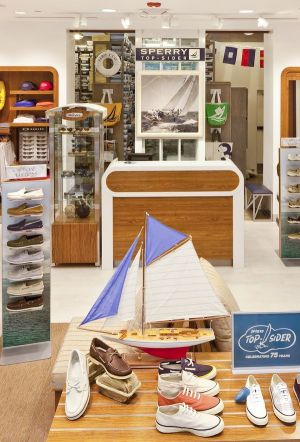 Blackshaw served most recently as president of Keds. He was previously at Converse where he served as vice president and general manager of the Chuck Taylor footwear business.
Lindner previously served as CMO and senior vice president of business development for Sperry Top-Sider and before that, he was CMO and senior vice president of global sales for Wolverine’s Saucony brand. Prior to joining Wolverine, he worked at Nike for almost a decade in various senior marketing positions.
“Rick Blackshaw is a dynamic, strategic leader with an unrivaled passion for brands and consumers,” said Blake W. Krueger, Wolverine Worldwide’s chairman, CEO and president, in a released statement. “What Rick and team have been able to do with the Keds brand is nothing short of remarkable, and the company is pleased to have such a proven and energized executive leading our second largest brand, Sperry Top-Sider.”
Krueger added: “Chris Lindner has a diverse brand background building iconic, global brands including Saucony, Converse and Nike. We expect that his absolute passion for consumer engagement will help drive the continued global expansion of Keds, whose recent growth has been led by Brave Girl #1, Taylor Swift.”