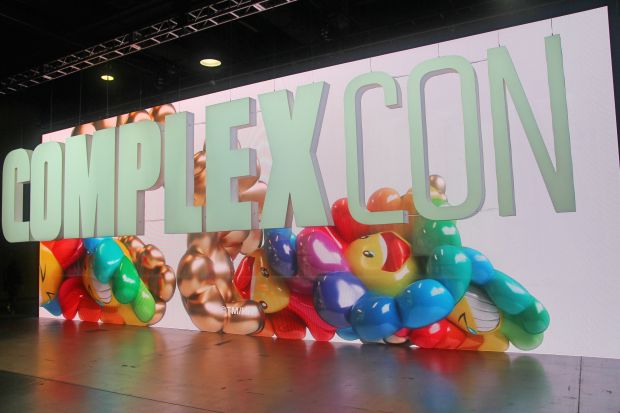 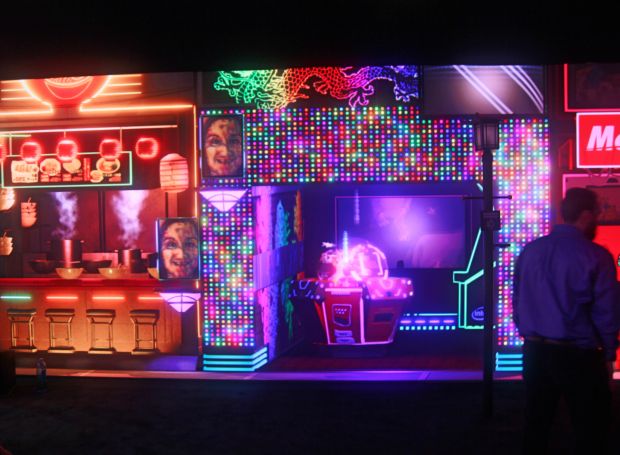 Everyone was there, all the brands you’d expect like Ugg, Pacsun, Adidas, G Star, New Era, Fear of God, Guess, The Hundreds and on and on, selling to racing hoards of young and young-at-heart, as the saying goes. ComplexCon sold out their VIP tix early on, offering those lucky ones the ability to literally race onto the empty floor of the grounds where they’d line up again for lithographs, exclusive kicks and all sorts of goods debuting at ComplexCon or selling only to those in attendance. Big Sean made an appearance at Puma, eBay raffled custom Nikes and Murakami screen printed tees for fans. 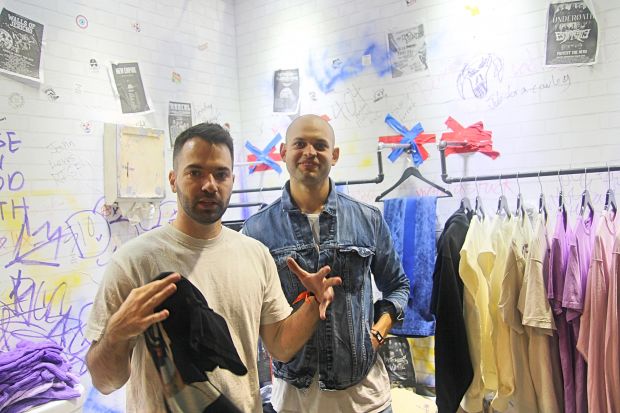 The minions who paid the regular old $75 admission lined up for blocks, snaking around downtown Long Beach, wearing Supreme Louis Vuitton gear, huge gold chains and neon Nikes, happily biding their time until the line moved to get them into this new sort of shopping haven. Hundreds of them even camped out the night before because who can sleep at home when there’s ComplexCon looming? 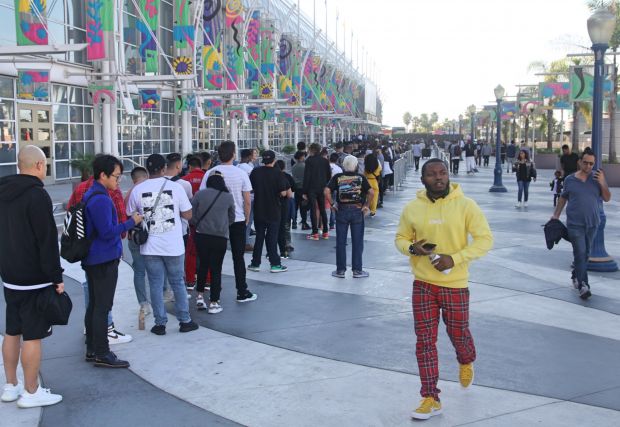 And then there were the exhibitors that seemed a bit out of place until you realize that, like everything else under this new retail hallucinogenic grinning sun, everything is game as a lifestyle brand. I’m talking Afters ice cream and their cookie monster blue desserts, Old Spice and their puppy party petting zoo, Postmates food delivery service, XQ and their version of America’s new, perfect high schools and Polaroid Originals. 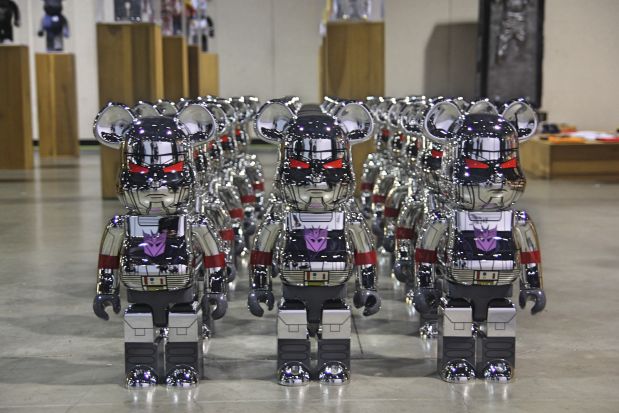 The daytime Pigeons & Planes Stage rocked to the sounds of Jaden Smith, DJ Khaled and Falcons while the night came alive with performances by Pharrell’s N.E.R.D and M.I.A. Or, for those who wanted to take a load off and chat, there was the two story cushion tower to climb or the ComplexCon(versations) panels speaking to the art of collaboration, hip hop’s new rules or the reality of currency vs. crypto-currency, to name but a few topics. 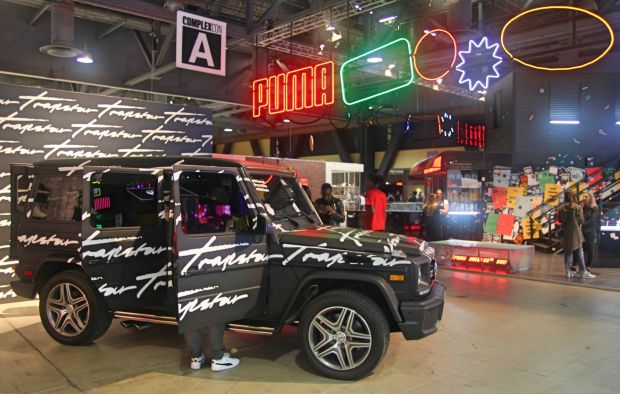 But what, I wondered for the second year in a row now, IS ComplexCon? It’s not a trade show in the usual sense. Not in the least. It’s not a Comic Con, advertising shows and entertainment and selling the merch that goes along with it. Instead, ComplexCon is much more, well, complex. The folks I spoke with describe it as a sort of cultural experience with like-minded individuals. Others talked to the physical presence that’s sorely lacking in today’s marketplace and the chance to interact with the people who buy or will buy your product. And yet it’s all echoed digitally throughout the globe, making it at once both face-to-face and online. There was even a roaming camera car zooming around the site, piloted from a Jeep high above, on the top floor. And how does one get the most out of the face-to-face experience? With the digital ComplexCon app used on site, of course. It was an exhausting but exhilarating trek into the buying mind of the next generation, the ones who make and break brands before so many of us have even heard of them. Get on board or get out of the way and take this gold tooth grill with you to wear on your way out. 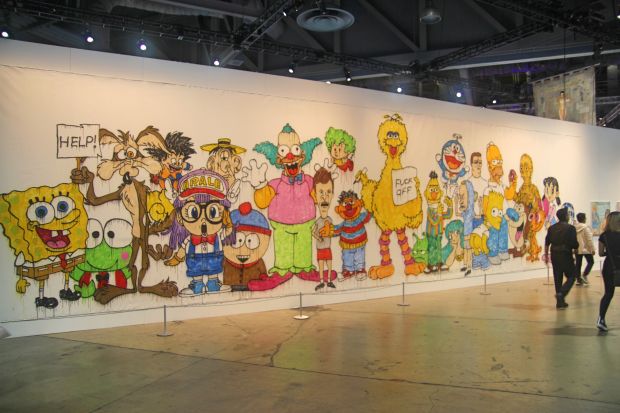 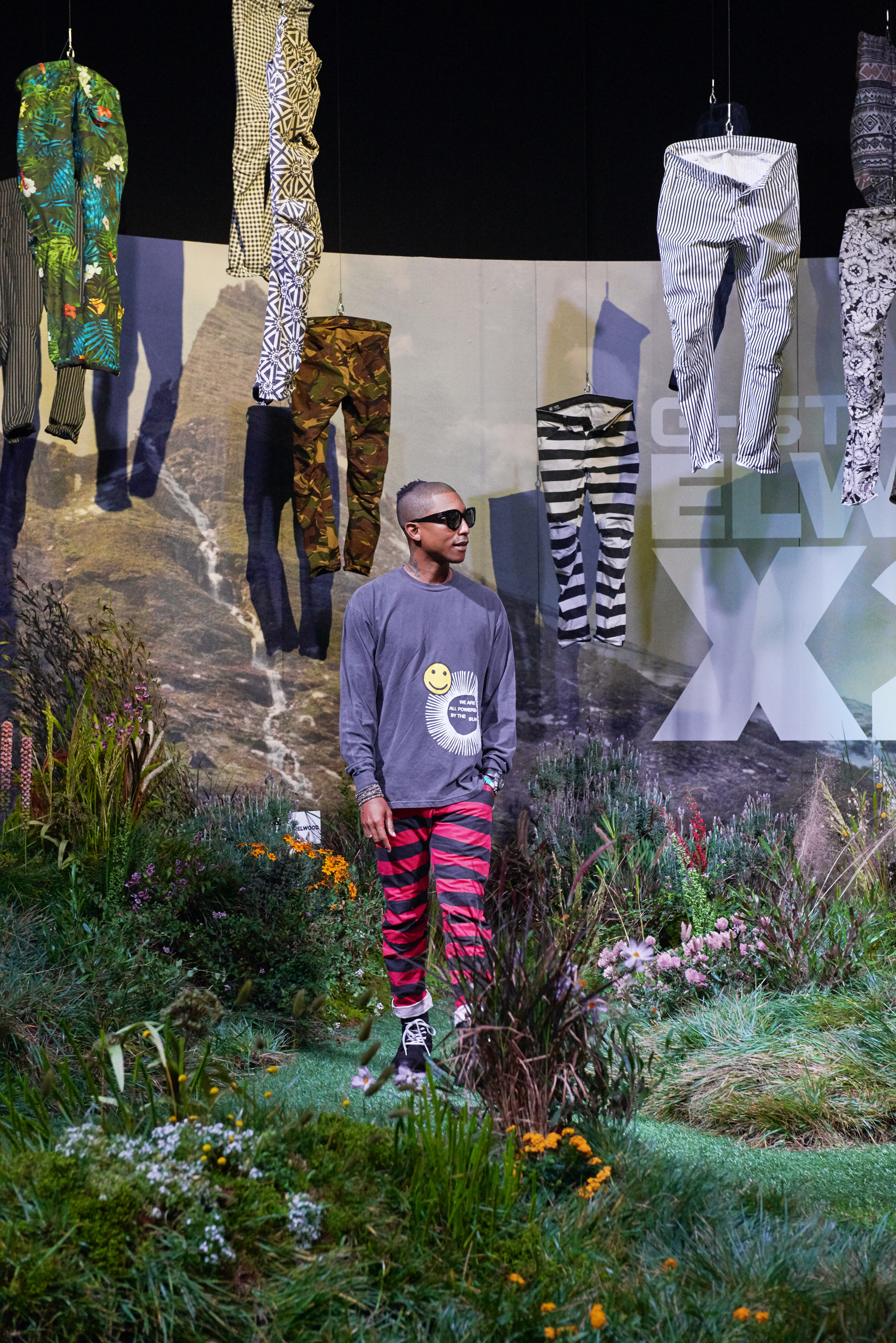