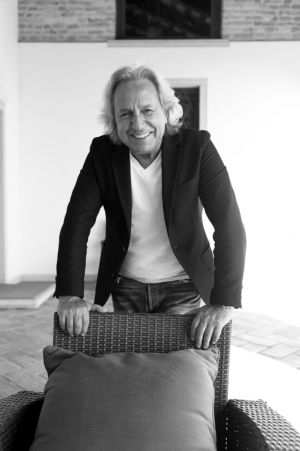 by Maria Cristina Pavarini — December 04, 2015
Enzo Fusco, long time sportswear expert and owner of FGF Group, has new plans for his company after having sold C.P. Company to Tristate Holding.

“Finally we are free to focus on all other brands,” he explains. “Primarily we will concentrate on Blauer but also on BPD, Prince Tees and Ten C. This last one was founded by Alessandro Pungetti and Paul Harvey. They will continue designing for C.P. Company and manage their Ten C brand from here.”

Fusco wants to push Blauer’s global distribution expansion further. “The brand was already successful in Europe and Italy. Our aim is now to grow in the US, Japan, Korea and the UK. We have started a test for expanding in the US that could eventually become a joint venture and the creation of our own structure there. Blauer is very well-known in the US and has a great growth potential because it is known for providing policemen with technical apparel.”

Continues Fusco: “Also in Japan we might follow a similar path. In China, instead, we might eventually find a distribution agreement and – why not - sign with Tristate Holding, C.P’s new owner. They are strongly distributing sportswear and fashion brands there!”

Other projects include the launch of an eyewear Blauer line to debut at Mido in Milan in spring 2016. At Pitti Uomo in January 2016 they will also launch a selection of self-warming Blauer jackets.
Fpr Prince Tee’s they will alos laucnh at Pitti a new line of pajamas, made with the same cotton-cashmere mix as their t-shirts and tops.

Commenting on his recent selling of C. P. Company, he said: “I did the right move. When I had bought C.P., it was mostly popular among 50-year-olds. I did a huge work to meet the modern market’s requests and make the younger generations appreciate it again. Now someone else will pick the fruit of my work.”

“I chose the right partner for this operation because Mr. Wang is competent and an expert, and has the right economic strength. I had poured much energy and money into this in the past five years. Now the brand is ready for its next step to expand globally – beyond Italy and Europe. Though it requires further investment I didn’t want to make anymore.”