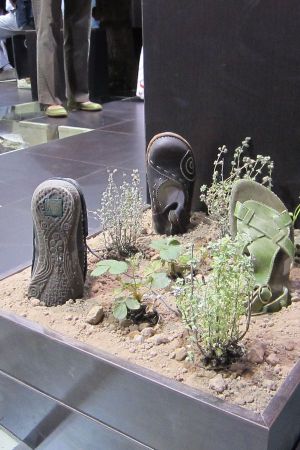 by Maria Cristina Pavarini — February 14, 2012
El Naturalista, Spanish footwear company renowned for its eco-friendly manufacturing processes, has announced that it will award its first eponymous award. The €40,000 prize is dedicated to children’s education and care projects in the 40 countries where the Spanish footwear company is available and aims to supplement the humanitarian projects that the company supports in Latin America and Africa.

According to Mª Paz Díaz Rada, director of El Naturalista’s Department of Corporate Social Responsibility, “It is an innovative award as it seeks to expand the spirit of human solidarity to countries which, in principle, have more resources but nevertheless also encounter situations of child neglect that society needs to acknowledge and solve. At El Naturalista we are convinced that children are the future and thus we support initiatives that help improve their situation.”

Project proposals and nominations, which have been coming in since January 30, will be assessed and approved by April 30, 2012. A panel of experts including academics businesspeople will evaluate all submitted proposals. The award(s) will be announced in May and the award ceremony will take place in June 2012.

El Naturalista has collaborated on numerous social programs in southern countries such as Peru, Haiti and Tanzania, and more recently in Japan after the March 2011 earthquake. During this time El Naturalista has donated more than €215,000 and 9,000 pairs of shoes.