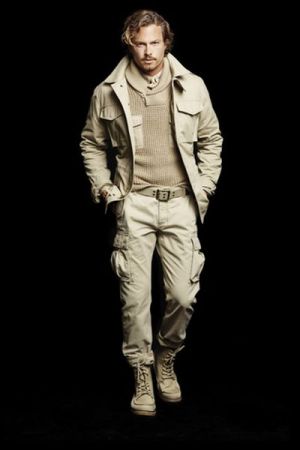 by Maria Cristina Pavarini — February 23, 2016
US smart-casual brand Dockers is celebrating its 30th anniversary this year. In addition to a series of parties and events planned in the US and Europe, in February 2016 Dockers launched Dockers 30th Anniversary, an exclusive capsule collection offering four complete total looks reinventing some khaki classic items in a smart-casual look. The collection will be sold. for oinstance, through a few selected European department stores such as Harvey Nichols London, Printemps Haussman in Paris and on Dockers.com.

Khaki pants were born in 1846 after an idea of Sir Henry Lumsden when spending time in India. He decided to dye his pajama in a lighter hue in order to better face the hot local climate. The Dockers brand, instead, was born in 1986 when Levi Strauss &Co. launched this brand with the aim to offer khaki pants as an alternative to both jeans and formal trousers. In 1992 the “Casual Friday” trend spread out thanks to Dockers. The US brand had sent more than 25,000 letters to human resource managers asking to let office workers wear more relaxed trousers when weekend was nearing. By end 1990s Dockers trousers’ fits became slimmer and the development of new easy care finishes guaranteed stain-proof and iron-free garments. In the mid-2000s designers Steven Alan and Alexander Wang created own interpretations of the Khaki pant. 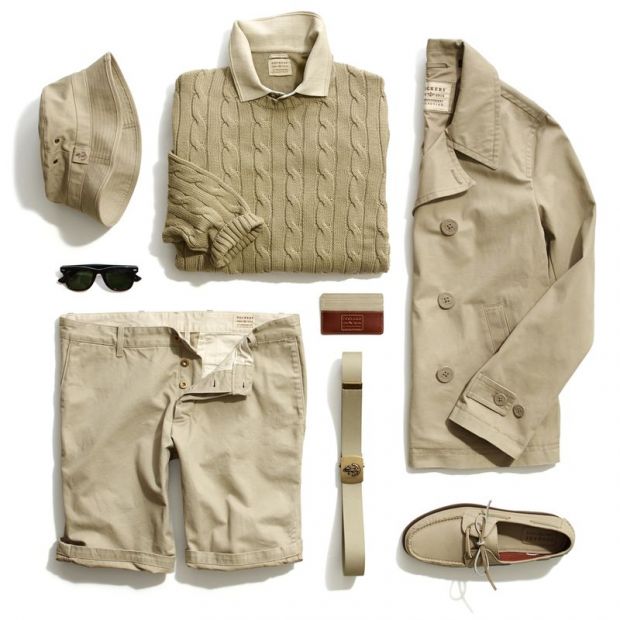 
Today, Doug Conklyn, Dockers SVP Chief Creative Officer, looks at this brand’s past and future related to menswear and sportswear.

What evolution did Dockers face through the years?
The most obvious is the evolution of business attire. We’re a California-based company so a casual sensibility is part of our DNA. Inspired by the changing attitude toward dressing for business as well as an increased need for comfort, Dockers helped change the way millions of men around the world got dressed. Comfort continues to be a strong motivator for our consumer today. For this the majority of our products now feature stretch. Color and pattern trends come and go, but the biggest trend that has affected our business is fit. Slim, Extra-Slim and Skinny drive the majority of our business in Europe today and the slimmer fits are gaining success in the U.S. as well. 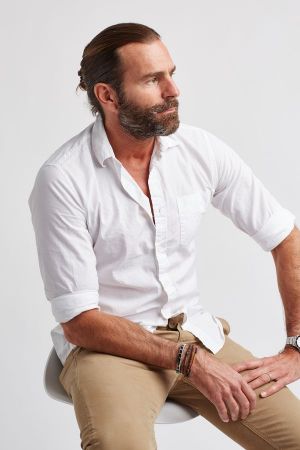 Doug Conklyn, Dockers SVP Chief Creative Officer
What will be the next evolution the brand will face?
When we launched Dockers 30 years ago, the new uniform of a classic blazer and a sharply pressed pair of khakis was considered casual, relative to the suit. Much of our innovation then was focused on keeping a clean and neat appearance. While we still offer many products with those properties, the world has continued to become more and more casual.  We’re seeing tremendous growth in the more casual segment of our collection such as the Jean Cut and the Broken-In, where comfort takes on a higher degree of importance than say, wrinkle or stain resistance. We’re a casual brand and easy care clothing will always be more important because it makes our consumer’s life easier, but much of our focus today is around comfort, which is why stretch fabrics are so important.

Dockers is not offering any women's line. Will Dockers also launch a collection aimed at women?
We currently offer a limited assortment of women’s product, but for the time being our focus is really on menswear.

Dockers is recognized mostly as a man's trouser brand. Will you also focus on offering more complete total looks for the future?
We are definitely focused on growing our business beyond just khakis.  Despite being known primarily for pants, we have pretty much always offered a “head-to-toe” assortment of products. In some parts of the world the Dockers assortment is as much as 50% not pants. Dockers is thought of as brand that specializes in pants for “work”, but we design everything from casual jeans to the most refined trousers as well as the shoes, belts, shirts, sweaters and jackets to support each of those styles. Pants will always be our strength, but because our consumer trusts our brand to make him look great, we know that there is an appetite for more than just pants.