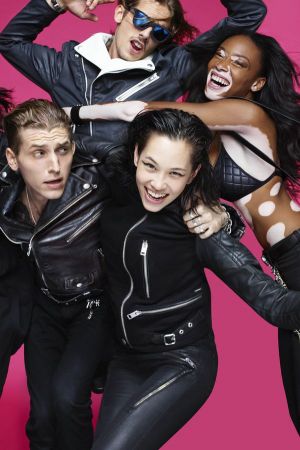 Diesel speeds up measures against counterfeiting

by Maria Cristina Pavarini — May 27, 2015
Diesel has started a comprehensive offensive strategy to protect its brand. Since the arrival of Nicola Formichetti as artistic director, the company has implemented its “reboot” program, including a strong focus on the quality and positioning of its collections.

Diesel CEO, Alessandro Bogliolo has launched a global platform to defend the brand, its innovation and creativity content which have always been part of the Diesel DNA. The company has been actively battling issues of counterfeiting and illegal distribution, with a special focus on the online market and trafficking through international customs.

Among some of these battles, for instance, Diesel has managed to win back the property of its brand in Indonesia after a legal battle which lasted 23 years. Diesel founder, Renzo Rosso declared: “International laws are not protecting brands enough: if it takes a company like Diesel, which is renowned worldwide, this long to win a fight, then imagine how difficult it is for a young designer who is just stepping into such a competitive market.”

Diesel is also taking an additional step. It has revised and implemented a new distribution strategy, which involves a reduction of €85 million in wholesale turnover and focuses on those clients who are in line with the company’s desired positioning.

Alessandro Bogliolo commented: “We didn’t hesitate to commit to such a radical decision. After 37 years of success, Diesel needs a detox in order to be stronger and to stimulate an organic growth in the direction identified within the new course”.

Diesel has started a series of actions against illegal distribution during the last years. In 2014 it started a legal action, submitted to the US Federal Court in New York, against 83 sites which were illegally selling counterfeited products by utilizing the cyber-squatting technique, using “Diesel” within the domain name.
Diesel also closed 3,346 sites, sent 4,000 cease and decease letters, and delisted 19,000 sites from Google.com. According to estimates the company has avoided about 700,000 visits to illegal marketplaces. Plus 9,200 bids have been removed completely.

The custom controls allowed seizing more than 60,000 items coming from China in 2013, and 75,000 in 2014. They stopped the circulation of more than 80,000 items in the European Community, while in Portugal the company just concluded an action confiscating 290,000 fake underwear items.