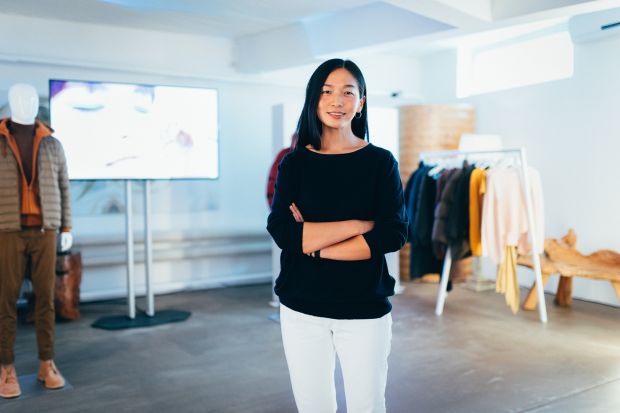 How Uniqlo wants to make a difference in denim

Jeans was the first thing you saw when you entered Uniqlo’s presentation room in Dusseldorf recently on the occasion of its new store openings in Germany in Berlin, Dusseldorf and Cologne. Of course, not without any reason the Uniqlo Jeans line was set up on the very first rack: “Denim is a very important segment for Uniqlo,” Shu Hung, Uniqlo’s clobal creative director and host of the presentation that day, says.

In its home market Japan and the Far East Uniqlo is a household name, also known for its offer in basic jeans, designed just in line with the whole collection‘s basic approach. For a couple of years the Japanese vertical fashion giant (to be said third in size behind H&M and Zara and owned by Fast Retailing, home of other brands such as J Brand, Theory and Comptoir des Cotonniers) spread out its wings to America and Europe.

Uniqlo bets on a different concept than its competitors though-that includes its jeans range as well. Under the signet “LifeWear” it follows a democratic approach, selling affordable apparel that is “made for all, including all body or social types,” as Hung puts it. “We offer simple things-but made better,” she adds. And: “It’s not fast fashion, instead it’s something you want to keep, that’s easy to wear.” Within this concept the company understands that “jeans are the synonym of LifeWear” with a basic appeal. Therefore, you will look for crazy denim trends such as busted knees or heavy patchworks in vain. It’s about everyday staples such as skinnies, straight legs and boyfriend jeans with decent washes and treatments instead.

But what is it in detail that makes Uniqlo sell its jeans? Well, first of all the price does play a role. Or let’s better say: their value-for-money approach. And so it caused a bit of a stir, especially among denim experts, when some years ago the Japanese started to offer selvedge jeans for only €49 made of Japanese denim by Kaihara Denim. Uniqlo’s regular jeans range between €29 and €39, also all made of fabrics by Kaihara, produced in Japan and China. How do you want to compete with that? Well, you can’t really, as it is always almost impossible to compete with vertical fashion chains today.

Secondly, Uniqlo aims for innovation in new technologies and generally invests in developments, take its Airism and Heattech technologies in non-denims, for example. This also goes for the denim section: In 2016 mother company Fast Retailing installed the so-called “Jeans Innovation Center” in Los Angeles, a lab to develop new technologies in terms of the “3Fs”–fabric, fit and finishing–bringing together specialists in jeans development from its different brands, such as J Brand and Uniqlo.

In the past, Fast Retailing had outsourced the production of samples and other operations to external manufacturers, but with this new center the company will now be able to manage the entire process in-house with the aim to considerably enhance the speed and quality of the products. In addition, the facility will focus on environmentally friendly processing and production methods, conducting R&D on chemicals and techniques used for fading and distressing of jeans.

One recent research result was the announcement of the development of a new washing procedure for jeans, that is meant to reduce the consumption of water by 90% (partially even up to 99%) and was already in use for the men’s regular fit jeans of the Uniqlo f/w ’18 collection. In 2019 mother company Fast Retailing wants to work with this technology for one third of its jeans production (mainly for Uniqlo and J Brand), by 2020 for its whole jeans production.

Last but not least, the Uniqlo stores play a main role in bringing the brand’s (denim) message across to the consumer. More than 2,000 outposts are operated worldwide, all own retail, no franchises-which leaves full control to Uniqlo. They are meant to bring a bit of Japanese culture along which, according to Hung, also differentiates Uniqlo from its competitors: “It’s the Japanese very unique way of being kind and polite. We feature a help-yourself culture in the store, but at the same time staff is around when you need them.” Additionally, Uniqlo offers services such as free hem trimming and free WiFi. 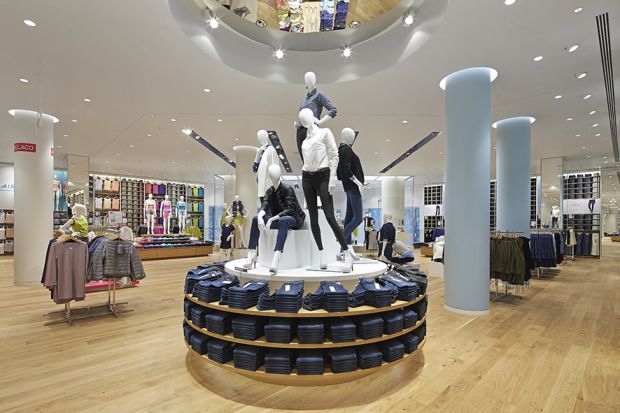 Also in its merchandise all Uniqlo stores follow strict rules which form the interior into organized sections in order of product groups such as knitwear, T-shirts, underwear and, of course, jeans. Everything is either hanging or neatly folded and accurately stacked, and in its simplicity probably another way to show Japanese affection to details and perfection. For the customer it helps to give a clear overview, certainly a way to make the decision-making easier.