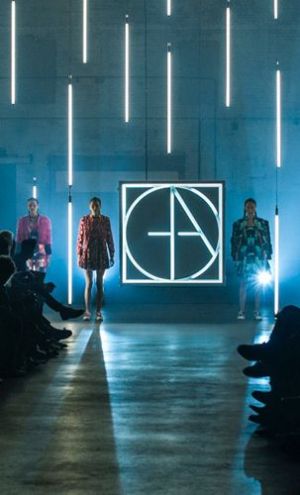 Only a few weeks left until Amsterdam turns once again into the denim city: As part of the Kingpins show the third edition of Global Denim Awards (GDA), will happen on October 26, 2016 in Amsterdam ina  new location, De Hallen Studios.

Having almost doubled the number of participants since its debut in 2014, GDA will host 11 fashion designers paired with progressive denim mills that will present their co-created capsule collections during Global Denim Awards 2016.

A designer from Curaçao, Anbasja Blanken, is matching with another Italian specialist, ITV Denim, winner of the Global Denim Awards 2014 edition with designer Jonathan Christopher. Dutch designer Tess van Zalinge has matched with Knitdigo, a pioneering knitted denim specialist from Taiwan. Lisa Konno & Karin Vlug, both Dutch, have paired with Chinese manufacturer Prosperity Textile. Dutch designer Roosmarijn Koster has collaborated with Arvind from India, while Deniz Gür will participate in the contest with Kipas Denim, both from Turkey. Another “couple” – made up by Leandro Cano and Tejidos Royo, both Spanish, will also participate in this year’s award.

The 11 collections originating from the collaborations between selected mills and designers, will be judged by a jury of international denim experts on the overall look, the innovative nature of the design, and the creative use of denim. The designer of the winning collection will receive €10,000, by courtesy of e3 Cotton. An additional award will go to the mill with the most innovative fabric. The winning collection will be exhibited at Kingpins Shows in New York City and Hong Kong, before returning to the Netherlands for Amsterdam Denim Days 2017.

The winners of the 2015 edition, tailor Sartoria Diletto and mill Candiani Denim, are still working together. In fact, all GDA collaborations have resulted in ongoing rewarding relationships between designer and mill.

“By winning the Global Denim Awards, we have showed how contemporary, strong and rich ‘Made in Italy’ is,” commented Candiani. “Our work was a fusion of heritage and innovation; an ode to the values and quality of the Italian supply chain. We also feel we’ve positively influenced the denim industry by proving that a synergy between handcraft and industrialization is the best way to lead consumers into a more socially-, environmentally- and style-conscious future.”

As Best Fabric Award 2015 winner Berto puts it: “We felt so proud, since the validation was from denim experts. In a period when the textile business is going through hard times, the award has been a great incentive for us! We re-organized our production process, especially in the prototypes phase, and have enhanced our innovations lab.”