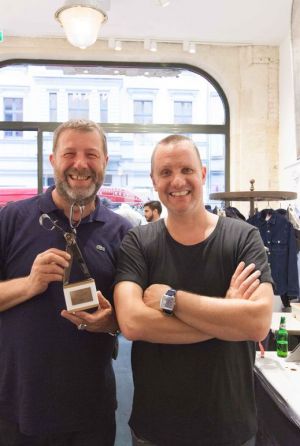 Denham to open further stores in Germany, Japan and Australia

by Maria Cristina Pavarini — July 15, 2014
After the recent Denham opening of the brand’s first stand-alone shop in Germany, in collaboration with The Blue Yard curated by Karl-Heinz Müller, located in the heart of Berlin Mitte, the Dutch premium denim brand has devised a whole new plan of store openings which are  expected in Germany and worldwide.

In 2014 they expect to open another store in Germany, in Düsseldorf, to be followed by other stores in Hamburg, Stuttgart and Munich by end 2015. The partnership with Karl-Heinz Müller will only involve the store opening in Berlin: “We decided to open a long-term store after the amazing success we met from the temporary store we inaugurated six months ago in this location and after registering such good sales inside Müller’s 14 oz. store,” commented Jason Denham, owner and Founder of Denham. “Since the German market is accepting our brand so well we feel it’s time to let our brand be more present and visible throughout the country.”

Other future openings include a second store inauguration in East London (after the existing store in Shoreditch). Plus they will be opening 25 stores in Japan within 2016.

In Amsterdam they will open a fifth store on Runstraat by end of October - beginning of November 2014, which will be dedicated to women. “We will open a Women’s Jeans Bar,” explains Denham. “We want to focus on presenting a complete offer aimed at women. Not only we will be offering a complete selection of women’s jeans but all the perfect complements that women should have in their wardrobes such as, for instance, the perfect bag, the perfect belt and the perfect shoes to be worn with them.”

Denham has also recently opened a store in Sydney after they inaugurated a pop-up store in Melbourne beginning of July.

The new 125 sqm location in Berlin is home to Denham’s full range premium 5-pocket denim as well as the label’s seasonal ready-to-wear collections. As a special feature of the new location Denham is extending its own on-site sewing repair concept by offering The Denham Service Co. with an additional jean washing program, the Denham Quick Wash. The new service is inspired by hand-washing services already launched in Denham’s Amsterdam and Tokyo locations and is aimed to provide consumers visiting the new Blue Yard based store with unique added value. 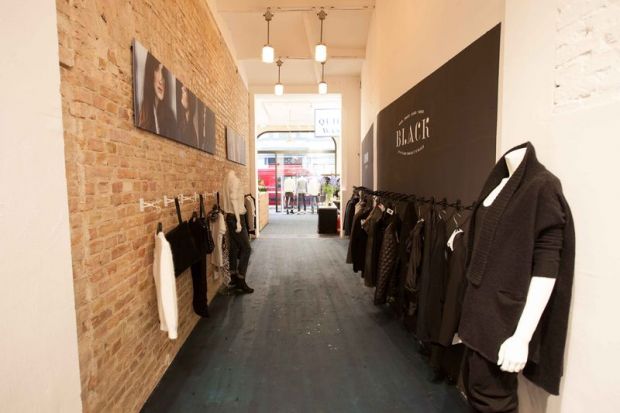 Inside the new Denham store in Berlin