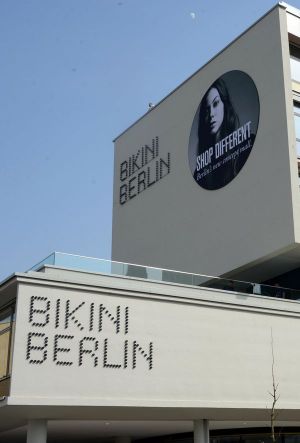 by Maria Hunstig — April 04, 2014
After more than three years of construction works, Berlin’s new shopping mall Bikini Berlin has been officially inaugurated yesterday morning (April 3, 2014).  The mall, which is located next to Berlin’s Bahnhof Zoo station, follows a very conceptual approach with modern architecture and a selected mixture of retail stores and catering tenants.

Amongst the 58 shops at Bikini Berlin are names such as Andreas Murkudis, Gant, Closed, Odeeh, Umasan, Carhartt or Ganni. Many of the tenants have created special store concepts for their appearance in Bikini Berlin, for instance Gant: „Starting with the interior, across the staging and mainly in terms of the direction of the assortment, Gant is stepping on new grounds here”, said a corporate spokesperson. 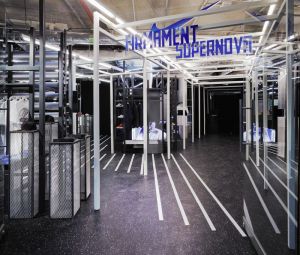 The Supernova space curated by Firmament and Nike
At the western entrance of the mall, the concept store Supernova hosts an experimental area for futuristic retail concepts. Supernova is directed by creative agency Kemmler Kemmler and aims at redefining the function of retail in the digital age. On occasion of the upcoming World Championships in Brazil, the space is currently themed “Future of Football” and hosts a selection of matching football and lifestyle products curated by Nike and amongst others, Berlin streetwear store Firmament.

Bikini also owns a 7.000 sqm rooftop terrace, hosting store and catering concepts of Gestalten Pavilion and Supermarket Concept Space amongst others.
Except for the supermarket Kaiser’s, you cannot find any “common” chain store tenants in Bikini Berlin.

The mall was officially inaugurated by several political representatives, managers of construction company Bayerische Hausbau, as well as Ted Walle, Center Manager Bikini Berlin. The opening celebrations are accompanied by a long shopping weekend including an “open Sunday” and many musical and culinary side events such as the Berlin return of pop-up restaurant Pret A Diner. 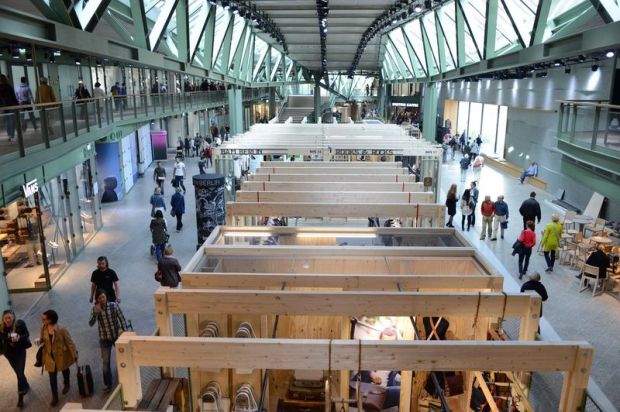