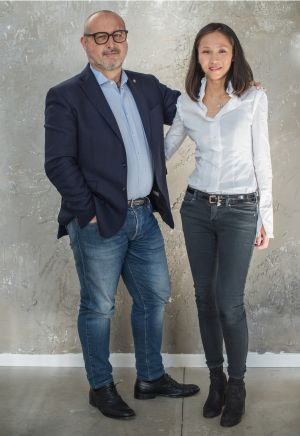 The renowned Italian footwear and fashion brand Fornarina is back. Its official debut happened at the recently closed January 2017 edition of Panorama Berlin with a fashion show and a relaunch of its complete total look appreciated by insiders and buyers.

Following the acquisition of Fornarina by People Group (also read here) SI interviewed Mauro Gabrielli, general manager, Fornarina Srl, the new company behind the relaunch of the brand after the acquisition has been officially signed in November 2016.

People Group, Taiwanese established footwear and bag manufacturer, is involved in the production for most different market segments – from luxury to more commercial ones. Their annual turnover is estimatedly around USD 300 million and they produce more than 20 million pairs of shoes per year. “When they saw the opportunity to buy a brand they had worked for a long time, they grabbed it as they never owned any brand before,” Gabrielli explained implying how the group wanted to start taking a new evolution step.

“Despite the difficulties Fornarina had to face in the last seasons, we found out that its fame and identity have remained intact in the mind of consumers and insiders,” commented Gabrielli. “Whenever I contacted agents, distributors, insiders, but also consumers, everyone showed their enthusiasm for it. In the many years of my career nothing like that has ever happened to me before. Many still remember Fornarina as cool and trendy as it was since they were teenagers. And now 15-year-olds are ready for loving it, too.” And he adds: “The closing of the deal for acquiring the brand took People Group a significant time - a year and a half.
When we established the company Fornarina Srl in June 2015, we got the rights for using the brand from the Tribunal until June 2018. In the beginning we preferred to work according to a low profile approach in order not to spoil anything of the operation. Although the hardest part was the long time waiting for answers from the Tribunal, all the bureaucratic difficulties and similar aspects. Though, when we closed the deal in November 2016, we immediately decided to participate in Panorama and show this brand again.”

Bright Fame Holdings, the company directly involved in the acquisition, did not simply buy the Fornarina brand, but acquired Fornari Spa, the company that owned it, and together with Fornarina also acquired Nose, Fornarina’s correspondent apparel and footwear brand for men that they aim to relaunch in about two years.

The relaunch of Fornarina began with footwear – a field the People Group feels confident in - though from s/s 2017, and more decidedly from f/w 2017/2018, they also revamped the apparel brand and relaunched it under the creative guidance of Lorenza Chiavarini, expert insider who started Fornarina apparel. “We felt that we also had to relaunch the clothing collection as it is an intrinsic part of the brand’s DNA. Plus we expect that about 60-70% of Fornarina’s sales will come from apparel. There is greater potential of growth in it as each person wears three-four pieces of clothing and one pair of shoes only.”

From f/w 2017/2018 they also involved a new designer for bags and shoes, Francesca Taccari, whose past experiences include Ash, Fiori Francesi, Lineamarche and Giampaolo Viozzi. “We chose Taccari because we also needed a clear relaunch for footwear, as the brand was too tied to its old iconic products,” he added. 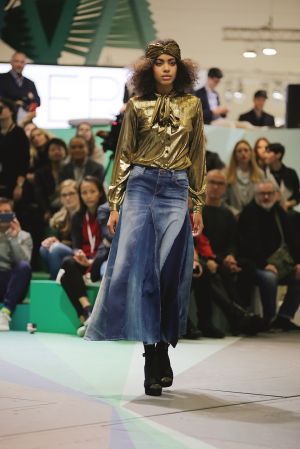 Fornarina will expand in Europe from Italy, Spain and Germany - three markets that are equally important for the brand - and from Far East through China, Korea and Japan. In Korea they are working through an own distributor and in China, where they debuted through e-commerce, they will soon sign an agreement for retail distribution with the aim to open around 50 stores between May and December 2017.

They registered a revenue of €10 million in 2016 and expect to reach €13 million by end 2017. Their aim is to register about €20-22 million by 2020 through a network of about 500 multibrand stores in Europe only. Asia, instead, will be handled separately.

They also want to open flagship stores again, as they were renowned for in the past. “We will open our first new flagship in Milan by end of 2017. As we did a repositioning of the collection offering products at average prices between €89 and €149 at retail, we are thinking of opening in a commercial area such as Corso Buenos Ayres or Via Torino,” he pointed out.

“This brand was great and is still renowned for the amazing work they did in terms of design, innovative product, communication, marketing, visual and retail - Everything they did was innovative,” continues Gabrielli. “Their mistake was to increase prices in a moment when everything was changing: big chains were advancing, medium priced products were suffering, specialized retail was closing, and competitors creeped in and copied Fornarina’s business model making it become more profitable – as business models evolve constantly. Plus, they also stopped innovating their product.”

The new Fornarina offers about 180 apparel pieces (about 40-50% denim), 130 shoe models and 40 bags. Seventy percent of the apparel line is made in Italy and 30% in China. Instead, 70% of the footwear is made in China and the rest in Italy, while bags are entirely made in China. “We want to increase Made in Italy products as this permits us to produce in faster times and start offering more deliveries and capsules through the year up to about 4-5 capsules each for apparel and shoes. The market runs fast and you cannot stay behind,” comments Gabrielli.