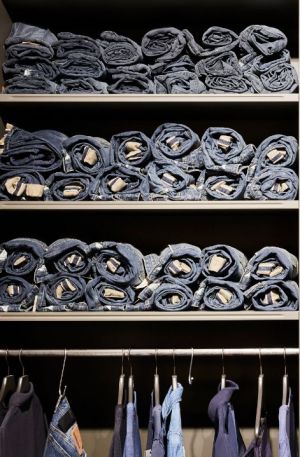 Home game: Colorado Denim has opened its first fully self-operated concept store on its home turf in Hamburg, Germany. The opening was celebrated last Thursday night with business partners and friends of the company, press representatives and an on-site denim customization offer in the new premises on Hamburg’s Osterstraße. 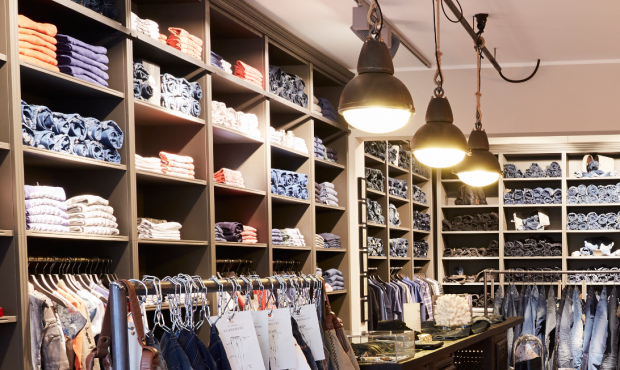 Light grey funiture and industrial lighting inside of the store

The narrow store location – a former food market - was fully refurbished according to a concept developed by Frankfurt-based agency Jazzunique and implemented by Colorado single handedly. The light grey wood shelves stock the brand’s men’s, women’s and kids’ collection plus a range of accessories (bags, belts and jewelry) and footwear by other brands such as Adidas or Kappa.
Unlike other flagships, the store isn’t located in the main shopping area in Hamburg’s inner city, but in the heart of Eimsbüttel, a district that is classically known to be home to many young families, where it is surrounded by grocery shops, cafes, drugstores and other convenience goods outlets. Knowing about the people’s “strolling mentality” in this area, Colorado Denim equipped the store with a coffee corner to also attract passersby looking for a (hot) drink or sandwich. 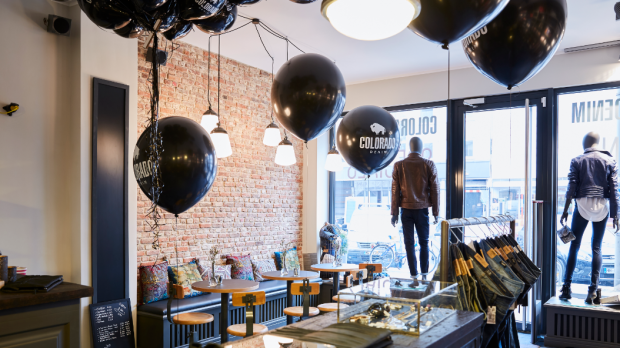 Betram Laufer, managing director at Colorado Denim, highlighted how the store will help to promote the brand’s image and awareness level and render Colorado valuable insights from the retail/consumer end, but never be a competitor to the company’s retail partners. “We very clearly focus on the specialized trade and do not want to compete with it in any ways”, he said. Laufer could image Colorado running 3-5 own stores spread over Germany in the long run.
Colorado Denim opened their first-ever store in Poznań, Poland in September last year with a local franchise partner. It features a similar but simpler interior concept than the new Hamburg flagship, which is also transferable to external sales areas.

Colorado Denim belongs to the Schmidt Group, a longstanding “textile service provider” based in Noderstedt, near Hamburg, that also owns licenses for Kappa, Chiemsee and Maui Sports, among others. 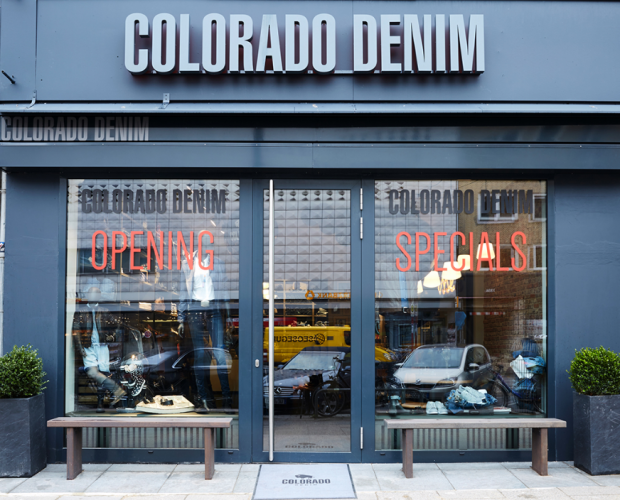