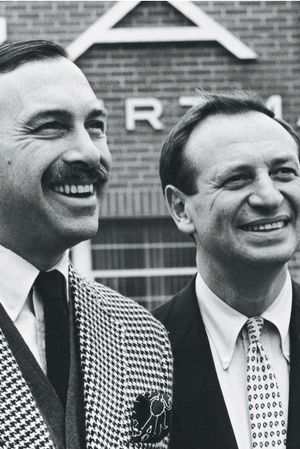 by Melanie Gropler — March 18, 2016
Elliot Gant, one of the founders of sportswear label Gant has died at the age of 89 in Florida.

The brand's success story started back in 1949 when Elliot and his brother Mary Gant persuaded their father to put his experience as a shirt-maker in a collection and sell perfectly tailored shirts under their own label instead of making clothing for other labels. In April 1949, GANT Inc. was born.

In the following years, Gant developed into a specialist for smart casual shirts, experimented with colors and materials and developed, among others, the button-down collar. Soon the label became synonymous with preppy East Coast style.

Shortly before the brand was sold by Consolidated Foods in 1968 it expanded into womenswear. 1971 Gant expanded into Sportswear, and in 1974 the sub-label Rugger was launched.

Elliot Gant experienced several changes of ownership, before he left the company in the 1970s.