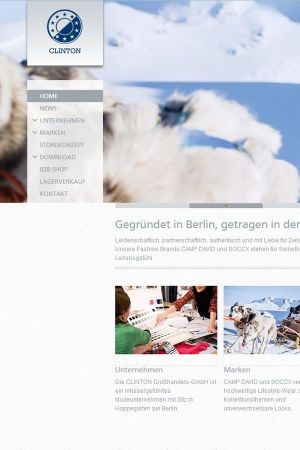 Clinton is about to build additional production areas as part of the establishment of their new European headquarters outside of Berlin, where also own departments of formal wear shall be located in future.

Hans Peter Finkbeiner, general manager of Clinton Großhandels GmbH: “As part of the reorganization of the company and especially the imminent completion of the European headquarters, we regret this necessary step, which, however, after considering all the possibilities was the only operationally reasonable solution.”