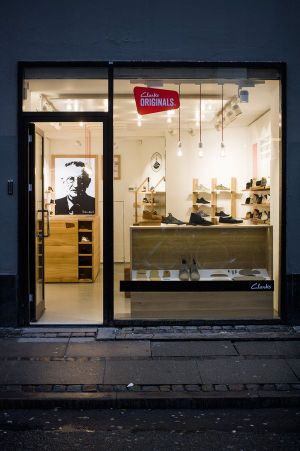 by Maria Hunstig — February 03, 2015
Clarks Originals, the younger and hipper division of the British Clarks footwear brand, opened up its second ever European store in Copenhagen last Friday, January 30, 2015.

For the store in the very central Kronprinsengade, Clarks has teamed up with the local fashion brand / art and design collective Le Fix, who run a multi-brand streetwear store next door and who also own the building which houses the new Clarks Originals outpost.

The petite store has a clear focus on Clarks Originals’ most iconic product, the Desert Boot, which turns 65 this year. But also the rest of the collection, including the Wallabee and more recently launched shoe models such as the Trigenic can be found on shelves.
Design-wise, the store’s clean and clear shaped interior looks much like within Clarks Originals’ first European store which opened in Amsterdam at the beginning of 2014. According to Auke Van Alberda, head of marketing Europe at Clarks Originals, Copenhagen was chosen as the next store location as the brand experiences a very fashionable standing within the Danish market. 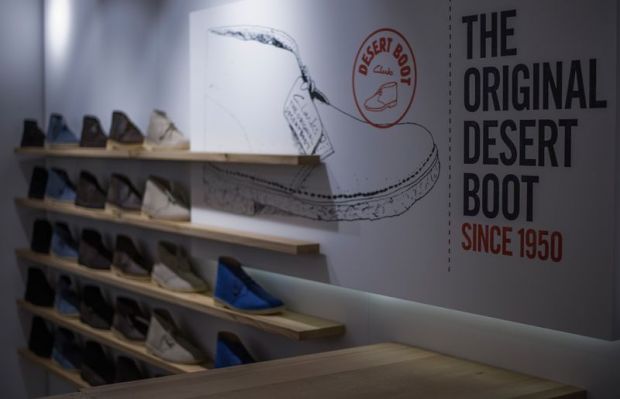