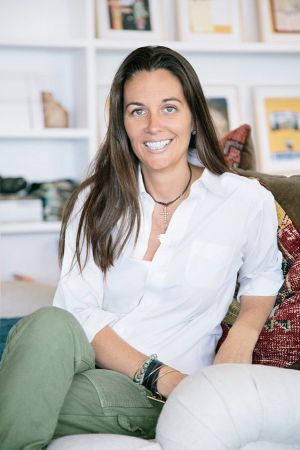 Amy Williams, the new CEO of Citizens of Humanity
Stories

by Christopher Blomquist — June 09, 2015
Executive management changes have been announced at Citizens of Humanity. The Los Angeles-based premium denim line, founded by Jerome Dahan in 2003, has named Kathy Kweon, who most recently served as vice president and brand director at AG, as its new president. Kweon has over 12 years of experience in the premium denim sector.

She replaces Amy Williams, who was promoted to CEO. Williams has been with the Citizens since 2009 and served as president since 2012. During her tenure, she expanded the company’s brand portfolio by launching A Gold E and Getting Back to Basics and spearheading the acquisition of Fabric Brand.

"I am excited to join a brand that I have long respected,” Kweon said in a statement. “Citizens of Humanity's innovative approach to brand imaging, strong product offerings and business philosophy attracted me to become part of their team.  I look forward to working with the team at COH to build an even stronger business."

In addition, the brand has added Hiro Ikuta to its design team. He previously worked at Itochu Corporation in Japan where he became a specialist in denim and other textiles. Using his technical expertise, Ikuta will help develop new products and technologies.

Citizens of Humanity and its C-of-H men’s line is distributed to better specialty boutiques and department stores in more than 35 countries.