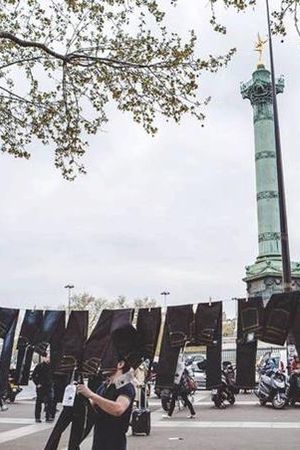 by Elena Reudenbach — September 19, 2014
Jeans and fashion brand Cheap Monday celebrates its tenth birthday by launching “the shortest Pop-up shop ever”. In ten cities worldwide “The 10 minute Pop-up” will be open for only ten minutes, carrying a total of 10,000 pairs of jeans to be gifted to consumers.

To decide in which cities the Pop-up will take place, customers can vote for their favorite city on www.cheapmonday.com/X10. The list of cities to choose from includes Amsterdam, Antwerp, Barcelona, Berlin, London, New York, Hong Kong and Sydney amongst other major cities.

On the day of the happening Cheap Monday jeans will be gifted in exchange for “social currency”, such as liking Cheap Monday on Facebook or hashtagging/mentioning the brand on Instagram.

“Cheap Monday has a big following on social media. One of the most frequent requests from our fans is for us to open Cheap Monday stores in their cities. As our fans around the world are very important and dear to us, we want to reward them. The 10 minute Pop-up is our way of thanking them for all the loyalty, love and attention we’ve received during our first ten years”, said Carl Malmgren, denim designer at Cheap Monday.

The campaign site is launched on 17 September 2014; the voting takes place 17-27 September. On 9 October, one day before the actual ten Pop-up guerilla installations kick off, the chosen locations will be announced through the campaign site. On 10 October, at 10 am, local time, the “10 minute Pop-up” will then be open for customers.