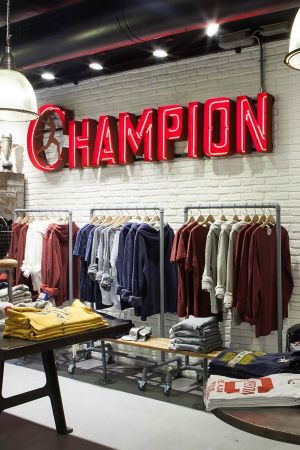 by Maria Cristina Pavarini — January 29, 2015
Historical US sportswear brand Champion is currently regaining its cool by carrying out several new projects targeting the European, Middle Eastern and African market, as were presented at the latest trade shows such as Pitti Uomo or Seek Berlin.

This upgrading strategy started f/w 2014/2015 with the launch of a capsule collection in collaboration with Todd Snyder, US designer known for his menswear collection that is exclusively sold at Bergdorf Goodman, Ron Herman, and Neiman Marcus. He redesigned some iconic pieces taking in consideration the brand’s origins and DNA. 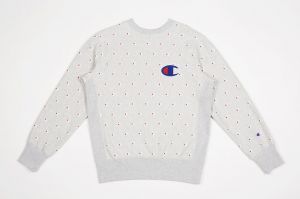 Champion Reverse Weave
“Following the successful collaboration with Todd Snyder, we continue to revive this brand’s iconic history. In fact Champion was born in 1919 and invented the sweatshirt garment,” explained Joseph Monahan, vice president brand and business development, Champion Europe, referring to the brand's patented 'Reverse -Weave' fabric, which is made with a special knitting method to resist vertical shrinkage and eliminate stretching.

During the last edition of Pitti Uomo Champion presented three capsule collections for f/w 2015/2016 - Reverse Weave 2.0, Ivy League and Todd Snyder - all carefully focused on design, manufactured in the Mediterranean basin, to be sold at retail prices between €85 and €150. 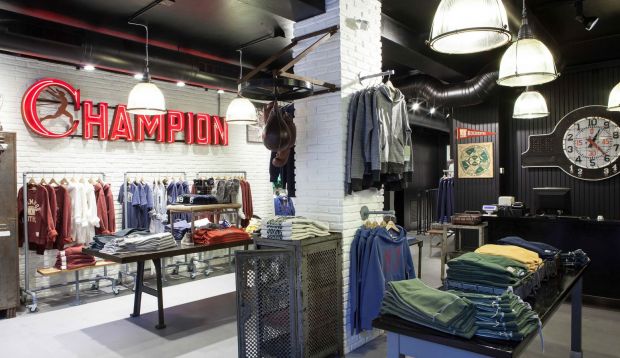 Champion store in Florence
These will be distributed through selected upmarket stores such as, for instance, Antonia in Milan and Colette in France. Aim is to sell these capsules in Italy, Germany, UK and France through about 75 stores per country for f/w 2015/2016 and to about a total of 300 stores by 2018. In addition to selected multibrand boutiques and concept stores, they will also sell these capsule collections through stores similar to the first flagship store opened in Florence’s city centre (Via Por Santa Maria 52/54r) in June 2014. They expect to open a total of 20 monobrand stores by end 2018 and earn about €10 million revenues from this operation.

“Despite we are focused on upgrading the image of the brand, we will continue to also sell our basic sports products through the traditional dealers,” continues Joseph Monahan, referring to Champion Group’s sound revenues that closed its 2014 fiscal year in June registering €172 million sales, a €15 million EBITDA.

Read more on Champion's comeback in the current issue #265 of SPORTSWEAR INTERNATIONAL MAGAZINE ('Return of the Champion' on page 76).