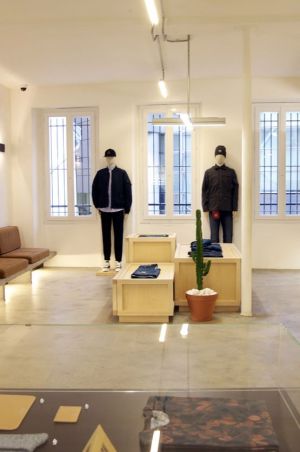 On September 25, the brand celebrated the opening of its redesigned store in Bastille, Paris. The store was originally opened in January 2001 and over the past 13 years doubled in size, expanding from 160 to 500 sqm, stretching over two floors. It is therefore currently the largest Carhartt WIP store worldwide. 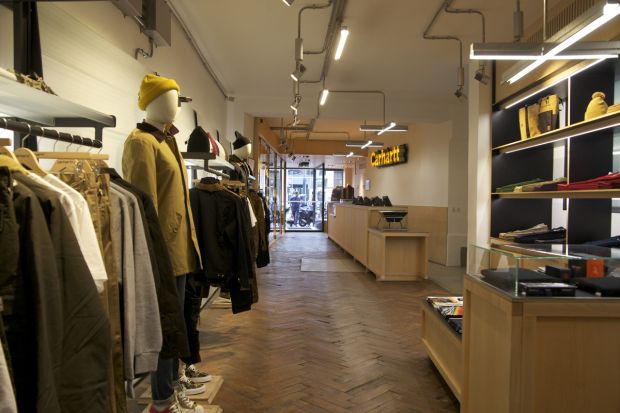 The new interior was designed by architect Laurent Deroo who previously designed the Carhartt WIP store in Paris’ Marais district. Two buildings have been unified, resulting in a variety of spaces and multiple sources of natural light, falling through thick windows. Long maple countertops and tall wooden bakelite shelves have been brought together with lacquered steel profiles and exposed electrical networks “for the benefit of a metropolitan, sensitive and warm approach, incorporating devices closer to design, installation, architecture, contemporary art and design”, as Deroo put it.

Yesterday, October 9, the brand reopened its store in Berlin’s Mitte district which was originally established in the year 2000. Designed by architect Andrea Caputo, its 300 sqm sales space stretches over three floors. The store is framed by a large window, revealing its concrete, glass and wood interior which houses decorative elements such as artwork by Italian photographer Luca Gabino or two Piet Hein Eek armchairs. 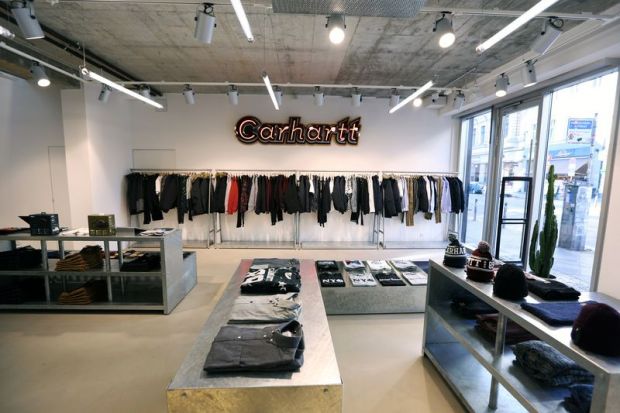 Inside the reopend Berlin Mitte store


For both openings, a limited edition t-shirt/hoodie series has been designed to be exclusively sold at the respective Carhartt WIP stores in Paris and Berlin.

Carhartt WIP, the European offset of US workwear brand Carhartt runs more than 60 stores worldwide and serves over 2,500 wholesale customers.