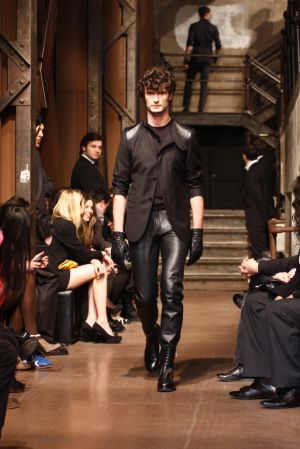 — February 09, 2011
As Turkey established itself as a leading production capacity in the European fashion industry, Istanbul, the city between the Orient and the Occident, has for a long time been considered to be a major trade center for Europe and the Middle East, as well as a trendsetting metropolis in terms of style. To further strengthen its potential, and after its premiere in August of 2010, from Feb. 2-4, Collection Première Istanbul (CPI), organized by Itkib (Apparel Exporters Association) in collaboration with Igedo Company Düsseldorf, ran its second edition.

“With CPI, Istanbul has become an important merchandising hub in the Middle East and for Central Asian countries, and offers an international show, that attracts new target groups,” Hikmet Tanriverdi, Chairman of Itkib, explains the young fair’s importance. “Best known for its excellent textile production, more and more Turkish fashion brands take over and document their own fashion identity“. 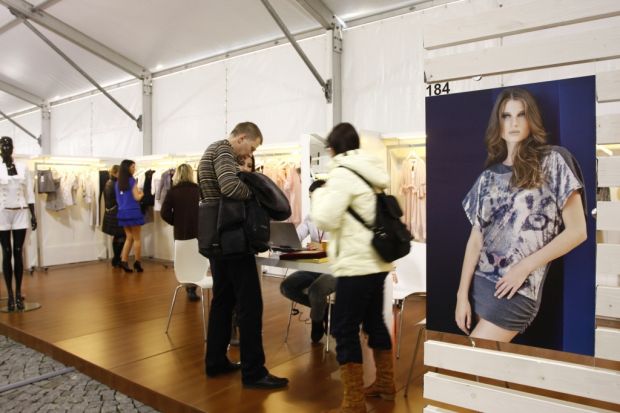 “In the beginning, its all about creating trust,” Mirjam Dietz, Executive Director Fashion at Igedo, says. “A selective portfolio is important to guarantee quality. The companies were pretty satisfied with the first CPI and now return, to find distributers and sales people to enter the market. Our overall mission is, to act as supporting partner and keep constant contact with interested companies“. These are companies that in the future want to benefit from CPI as a platform and bridge, in order to win new business markets also in bordering regions.

“We are looking for new clients and contacts in Turkey’s close-by countries. CPI isn’t quite a fair to write orders yet, but it’s definitely a good start to win new markets. There are few, but good contacts. We’re one of about five international exhibitors and think that the organizers definitely have to promote the fair internationally much stronger,” Andreas Burger, International Sales Manager of German brand Blue Seven, says. “This is our first time at the fair, and we use it rather for promotion than actual order. Istanbul is becoming an important center of fashion and is important for us to represent. We’re not selling but introducing the brand to meet new clients mostly from Russia, Iran and Syria. The first day was pretty slow but as Istanbul Fashion Week started the second day of CPI, traffic got pretty busy and both events support each other,” Kübra Orakcioglu of Tween, reports. The Turkish brand is sold in 40 countries from the US to Spain and usually exhibits internationally at tradeshows such as Project Las Vegas, Pitti Uomo or London Fashion Week. 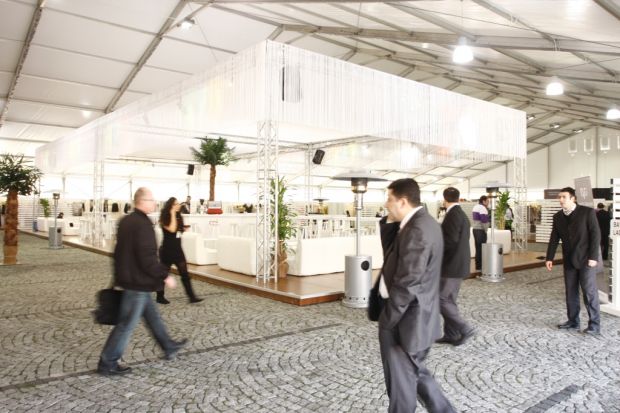 CPI in Feb 2011
“We are at the very beginning right now but aim to consequently internationalize the exhibitors’ portfolio at CPI. The amount of exhibitors was quite limited this time due to the small space in the tents at Aantralistanbul,” Hikmet Tanriverdi admits and wants to reconsider the location for summer again. The lacking international audience is also due to the inconvenient date in a packed fair schedule these months: “We’ve talked to the European industry and will consider their concerns about the date. We think about to move the summer 2011 CPI edition from August to September. That indeed is a good date to go into new markets as the existing markets, where one might have lost some shares, are completed by then. Our ambition remains, to host CPI simultaneously to Istanbul Fashion Week. But if we can’t agree on a common date, we obviously have to decide by the commercial segment which is our base,” Mirjam Dietz explains.


As for the segments, CPI still focuses on segments from womens-, mens- and kidswear, lingerie and accessories – intending to emerge the young fashion and denim sector in the future with internationally renowned labels such as Colin’s who for the first time took part in CPI and had a fashion show, as did Mavi at simultaneously running Fashion Week. 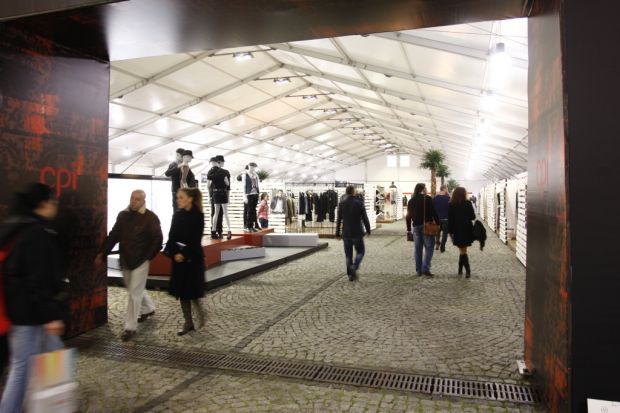 CPI
While the first fair day was tiring slow, the tents got quite packed the following days in the course of Istanbul’s 4th Fashion Week, located right across CPI and starting one day later from Feb. 3-6, showing 30 catwalk shows. By doing so, Turkey further pushes, to state itself as a constant in the international fashion schedule, next to Milan or London. Established Turkish designers like Atil Kutoglu, Hakan Yildirim, Bora Aksu or Arzu Kaprol show that Turkish collections have a good chance on the European market. During Istanbul Fashion Week, for instance, designer Arzu Kaprol invited to an artsy collection preview at her showroom and proudly announced her first catwalk show in the official calendar of Paris Fashion Week – still being supportive of her home country: “I grew up and got educated here, I feel part of IFW and welcome its initiative,” she said.

The exact dates for the next Collection Première Istanbul will be announced in time at , and, according to Itkib, is intended to run simultaneously to Istanbul Fashion Week and Istanbul Shopping Festival.