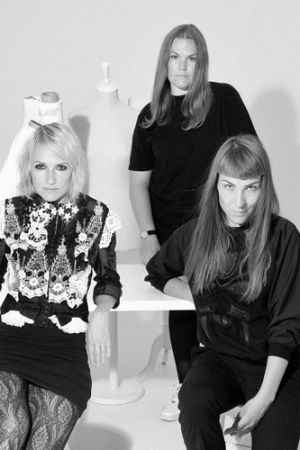 “It is very important for us to support the design talent coming out of Denmark. Partnering up with the new award show is a great way to do this,” says Kristian W. Andersen, Director of CIFF.

Astrid Andersen, AsgerJuul Larsen, Anne Sofie Madsen and Nikoline Liv Andersen are the four Danish design talents that have been nominated for the award. On 3 October, 2013 the winner will be announced at the award show and will take home DKK 500,000.

CIFF has also announced Converse will become part of the CIFF showroom and will exhibit at Copenhagen International Fashion Fairs in B5-118. CIFF will also ask different brands to take over their Instagram profile for one week, so that followers can get a view into the lives of some people they are working with. This week’s guest-Instagramer for @CIFF_DK is Muuse, a Danish design label.

The next Copenhagen International Fashion Fair will take place from 30 January – 2 February2014.