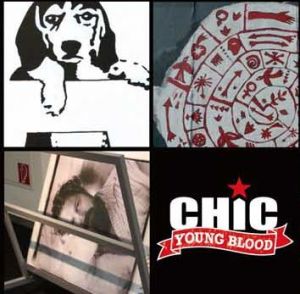 by Regina Henkel — July 19, 2011
With Young Blood, CHIC (China International Clothing and Accessories Fair) has launched an new event that will be held annually in Beijing. The location of CHIC Young Blood will be the National Agricultural Exhibition Center downtown Beijing and is scheduled to take place on a space of 10,000sqm. The first edition of the annual event will run from Sep. 27-29, 2011.

CHIC Young Blood is going to provide a marketing and communication platform for selected brands in the fields of denim, street/casualwear and sports/functionwear. The trade show will be arranged as a lifestyle event interpreting the new sense of latest fashion ideas in the young fashion sector. Dance, music and games play an important role to transfer the idea of CHIC Young Blood.

The trade show will be reflecting the progressive and contemporary clothing culture and is aimed to bring together both business and inspiration. All segments from jeans to urbanwear, from shoes to accessories will be showcased. CHIC has formed a young team to organize this event with the power of the established trade show CHIC which will be celebrating its 20th birthday in 2012. The next event of the annual CHIC trade show will be in March 26 to 29, 2012.