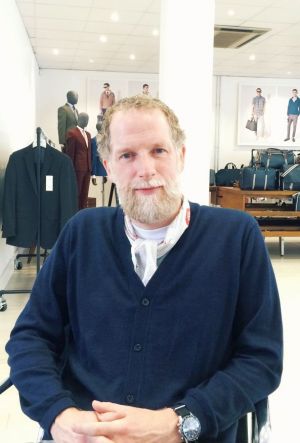 by Maria Hunstig — August 11, 2015
Shortly after British menswear brand Ben Sherman was sold to a new owner last month, the company’s CEO and creative director Mark Maidment has decided to leave the company.

Maidment has been with Ben Sherman since 2002 and served as its Creative Director since 2005, with responsibilities that included the supervision of the brand’s product design and marketing.
He was appointed CEO in April 2013, a few months after the departure of his predecessor Pan Philippou. On Maidment’s departure, Mark Williams has been promoted to creative director and Simon Smith, chief restructuring officer, will also act as interim CEO.

Ben Sherman was sold to US brand house Marquee Brands last month by its former owner Oxford Industries. Marquee Brands is a young brand acquisition, licensing and development company that operates in conjunction with Neuberger Berman Private Equity. Apart from Ben Sherman, Marquee acquired the Italian footwear label Bruno Magli in January 2015 to start its engagement in the fashion and lifestyle segment.